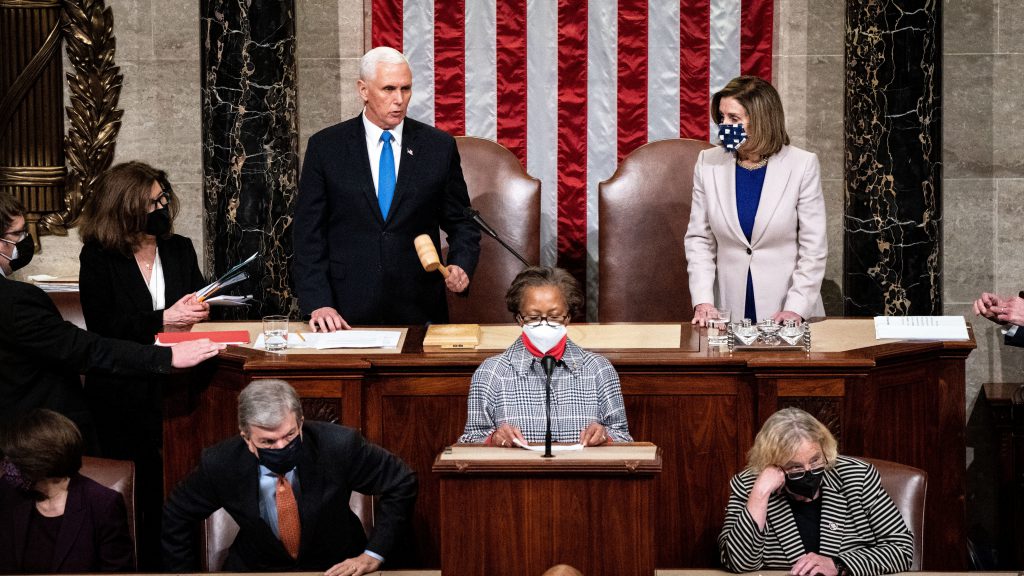 Lawmakers returned to the Capitol after hours of chaos in which protesters forced their way into the building and abruptly halted Congress’ tally of Electoral College votes.