Floods, hurricanes and other natural disasters can devastate a town in just a few hours. But the impact on residents can linger for years in the form of anxiety, depression or other mental health problems.

Pacific Junction, Iowa, sits right along the Missouri River. A small town — pop. less than 500 — it was founded as a stop for the railroad headed out West. Sharon Stewart, 57, says her community was quiet and close-knit, a place where people spent their entire lives.

“We only had probably 15 minutes to get things out,” Stewart recalls. “And water came in pretty fast. But my husband ended up being pretty much in shock.”

As the water seeped in, Stewart grabbed the things that mattered most to her: photographs and a favorite blanket. It wasn’t long before the house was flooded with several feet of water.

The disaster was triggered by days of intense rain. The Missouri overflowed its banks and a levy broke, flooding a large part of western Iowa.

More than a year later, not much has changed in Pacific Junction. Almost all of the houses are uninhabitable, including Stewart’s.

But she says the emotional impact of the flood was even tougher than losing her home. “The worst part was what was caused by everything, the stress, everything.”

This post-disaster stress is common, according to a new study from The Center for Public Integrity, Columbia Journalism Investigations and newsrooms across the country. Side Effects Public Media collaborated on the project.

The survey asked people affected by natural disasters to share their experiences. Nearly 200 responded to the online survey, most from regions repeatedly hit by disasters in the last decade Seventy percent of the survivors said they did not get mental health services after their experience, for reasons ranging from cost to their belief that they didn’t need help.

“So right away after a disaster when people are displaced, they’re really just meeting their basic needs met,” says Tara Powell, an associate professor at the University of Illinois School of Social Work. “A lot of people will just be on autopilot and just be on the go go go.”

Powell studies the mental health impacts of natural disasters, and has worked in the aftermath of hurricanes in New Orleans and Houston. She says when life begins to settle down, mental health issues can begin.

She adds, “So it can be really disheartening, because people aren’t getting the resources they need, and they see these resources going somewhere else. But they’ve experienced the same level … of impact, or more even.”

Julie Kalambokidis was part of a team that supported Pacific Junction residents following the 2019 flood.

“Some of them just needed somebody else to talk to,” says Kalambokidis, executive director of Embrace Iowa Inc., which supports people with disabilities and mental health issues. “But some needed a little more support. So we would refer them on to other services that were available.”

But finding mental health treatment can be difficult. Like all states in the Midwest, Iowa doesn’t have enough mental health professionals to meet demand. And the emergency services provided after a natural disaster don’t last long.

“While there’s a fire to put out there, pumping some stuff in there, which is great,” Kalambokidis says. “But once the initial shock of floods and pandemics is over, then it kind of disappears again. That’s been my experience.”

Sharon Stewart says she’s suffered serious health problems from repeatedly returning to her wet and moldy home in Pacific Junction. And she says her family’s finances continue to dwindle while they wait on money from FEMA. That all contributes to her stress.

With all that’s been going on, Stewart hasn’t sought help. She says she’s been too busy.

This story was produced by Side Effects Public Media, a news collaborative covering public health, as part of a collaboration with the Center of Public Integrity and Columbia Journalism Investigations. 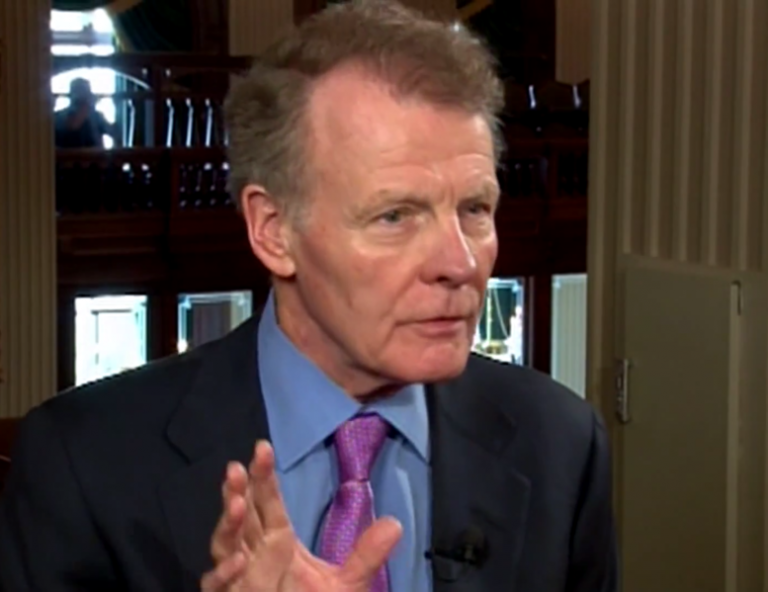 WATCH LIVE:  At 2:30 pm. today the Pritzker administration is holding a press briefing to address the ongoing COVID-19 pandemic. The questions we receive from