After winning over skeptics in Normal, Rivian now faces opponents in Georgia

When Rivian came to Normal five years ago, the mysterious startup was met with a lot of skepticism. Who was this company looking for tax breaks to buy the old Mitsubishi plant?

Now, with production underway in Normal, Rivian is looking to build a second manufacturing plant in Georgia. The $5 billion plant would have more employees and capacity than its first facility in Normal.

But Rivian is again facing skepticism from its new neighbors. To learn more about that opposition, WGLT checked in with Emil Moffatt, a reporter at NPR member-station WABE in Atlanta, who’s been covering Rivian. Jon Norton’s conversation with Moffatt appears below, lightly edited for brevity and clarity. 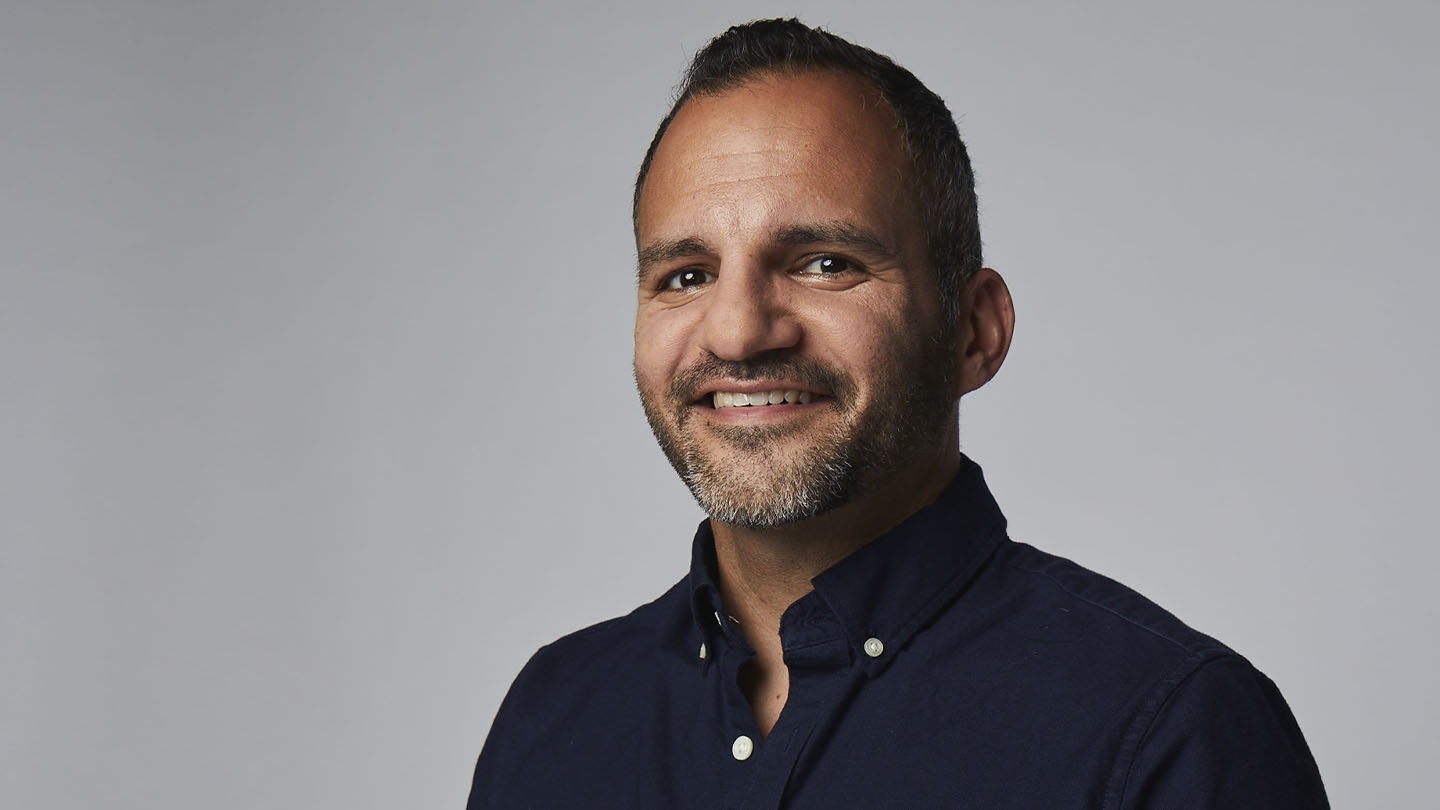 WGLT: The new Rivian plant in Georgia was announced a couple of months ago, in mid-December. Since that announcement, what has happened?

Moffatt: The details and the fine print are still being worked out, but the headlines from that December day: a $5 billion deal, which was the largest in the history of the state of Georgia. We are hearing that ground could possibly be broken on the new plant in late spring or early summer. But there’s no definite timeline there.

There’s also a lot of buzz just about electric vehicles in general here in Georgia, from the federal plan to build out a charging network.

When the announcement was made in mid-December, how was that news received?

It was a big deal. There was a big press conference announcement right outside of the Capitol building. You had lots of state lawmakers and people from the business community that were kind of welcoming Rivian with open arms.

But there is also concern from neighbors around where the plant is slated to be built. And they’re worried that – they live kind of a rural lifestyle – that this is going to completely upend their way of living. It has been kind of a mixed bag of reactions in welcoming or not welcoming Rivian to Georgia.

Let’s talk about that area. Where is it?

It’s about an hour east of downtown Atlanta. And it’s a rural part of the state. It’s right off of I-20. So not too far off the highway. It’s definitely has a small-town feel. It’s kind of a four-county area that’s actually been the home to a couple of development projects in recent years. Meta, in fact, which is of course Facebook’s parent company, is building a data center not too far from where this Rivian plant is slated to be built. And there are a couple other development as well.

But I think this just the size and the scale of this particular plant has really caught a lot of people in the area off guard.

The neighbors are quite concerned about that. What is Rivian saying in response?

Rivian says that it wants to hear the concerns of the neighbors. And the company says it’s trying to do everything in its power to kind of lessen its environmental impact and be socially responsible.

The company also says that, you know, this parcel of land has been advertised for years as a potential industrial site, that it’s kind of been on the market for a number of years. So that neighbors shouldn’t have really been surprised that this kind of deal happened and that this land was being proposed for a big industrial site. So the company’s position is, this was expected to happen.

But there are still worries from those neighbors about traffic and noise congestion and potential environmental impact. This is an area where a lot of people draw their water, their drinking water, from wells. And so there’s a lot of concern about the potential contamination of some of that groundwater.

I’m wondering about the incentives that Georgia offered to help land Rivian. Around here in Bloomington-Normal, there were some obviously really nice incentives for the company to come here five years ago. They bought the plant on the cheap itself. About the incentives in Georgia, what do we know about them?

We don’t actually know the specifics of the incentives yet, partially because the deal … it’s our understanding that the deal actually hasn’t been finalized yet. And as soon as it has been, within five days we’re supposed to learn the exact economic incentives.

But what we have learned is the General Assembly is in the middle of writing the new state budget. And that’s kind of given us some insight into what Rivian has been promised. And Rivian has been promised about $125 million from the governor’s office, and the state legislature has to approve it. And this is for the actual purchase of the land, where the plant will be built, and also a new training center that will help try to get some of the workforce ready to work for Rivian and work in the electric vehicle industry.

Have you heard about any concern or pushback on those incentives?

You always seem to have some of the pushback, and of course it’s understandable. And part of the pushback that we’ve heard is because Rivian is such a young company and a new company, and a lot of people say it’s unproven. Opponents are saying that Georgia is taking a big risk in making a big bet on this company. It’s only actually produced, as you all know, just maybe a few thousand trucks. And it does have the big contract that they’ve signed with Amazon for some of the delivery vans, the new electric delivery vans, and of course, they got a boatload of cash with that IPO.

So it’s a little more than the average Joe’s Startup. But at the same time, it is a company that has not been around for a very long time.

Rivian is saying it could have up to 7,500 workers in Georgia when the plant is full capacity. Does that area of Georgia have a workforce to support that?

That part of Georgia alone, I would say, does not have that type of workforce. But if you take into account workers that might commute from Atlanta … and people could live maybe halfway between the plant in Atlanta and not have too bad of a commute, that’s a little more feasible. And also, the state is also counting on the plant attracting perhaps workers from out of state to come work for Rivian.

But Rivian did say that one of their big factors in choosing Georgia was the number of engineering students that come out of places like Georgia Tech and Georgia State and Kennesaw State here in Georgia, as well as some of the technical and community colleges. And Rivian does feel like they’re going to have a good pool of technical workers to draw from here.

The housing shortage that is a nationwide issue right now. What we found in Bloomington-Normal is that Rivian certainly contributed to that shortage here in our town, when they dropped around 4,000 workers on us in a really short amount of time. Is there housing capacity in that part of Georgia?

There’s not a ton of housing there. It is kind of sparsely populated. But there is a lot of land to build, certainly a lot of opportunities to build. And of course, this plant is going to take probably close to two years to build. So there is a lot of time to build up some of that construction. You could see new housing projects and apartment complexes. And that’s certainly one thing that we’re going to continue tracking in the next couple of years, to see the kind of growth that that area in particular could see.

How big a deal is this development in Georgia? Do people really have an understanding of what the company is?

I think the $5 billion investment and the $5 billion price tag on this development caught a lot of people’s attention and really put them on people’s radar here in Georgia.

I do feel like in the last couple of months, if I tell people that I’m doing a story about Rivian, the lightbulb starts to go off a little bit faster than originally a couple of months ago, when people were like, ‘Who is Rivian?’

But if you look at it, if the projections hold what Rivian’s promising, 7,500 employees in Georgia, it would automatically move into about the top 15 or so largest employers in the state. Having just about the same number of employees in Georgia as a Coca Cola or Georgia Tech. So within the next couple of years, it could become one of the big economic drivers in the state of Georgia.

HIGHLAND PARK – Nicolas Toledo wasn’t sure if he wanted to go to the Fourth of July parade in Highland Park. He used a walker and

HIGHLAND PARK — A gunman opened fire on an Independence Day parade in suburban Chicago on Monday. He killed at least six people and wounded