Mary Gabrielle Manching was one of the few Asian students at Northside College Prep, the selective Chicago public school she attended until graduating this summer.

“Not even seeing that many people in my student body that I could relate to, or I could share my cultural experiences of itself, already felt discouraging and alienating,’’ said the 18-year-old, whose parents grew up in the Philippines.

She said she faced microaggressions — like the kids calling her traditional Filipino lunch “weird” or assuming that she would always perform well academically just because she was Asian American.

She remembers not seeing a word about Filipino history until there was a short paragraph in her high school world history book about how President William McKinley decided to colonize the Philippines because it was America’s Manifest Destiny.

That really frustrated her, she said, because through her experience with organizations like Asian Americans Advancing Justice, she knew there was more to study about Filipinos than “the typical colonization story.”

Governor J.B. Pritzker signed a new law this summer that mandates — starting with the 2022-2023 school year — all public elementary and high schools be required to offer a unit of study on Asian American history in the state, Midwest and country. That includes contributions of Asian Americans advancing civil rights and in achieving in government and several other fields such as the arts, humanities and sciences. 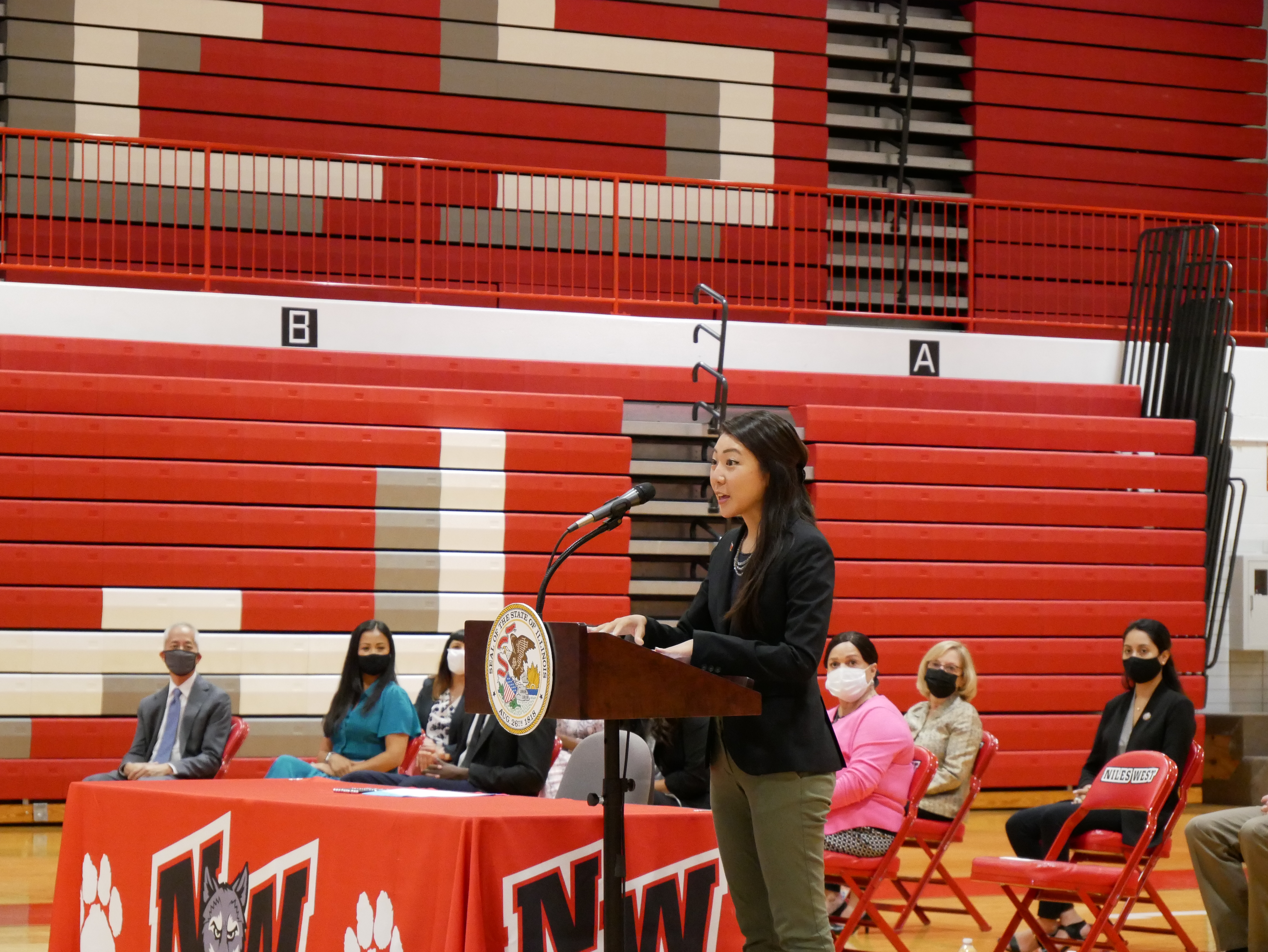 The State Board of Education will prepare curricular material, but individual districts have the say in what specifically is taught. A Public Broadcasting Service series on Asian Americans is a possible source as cited in the law. 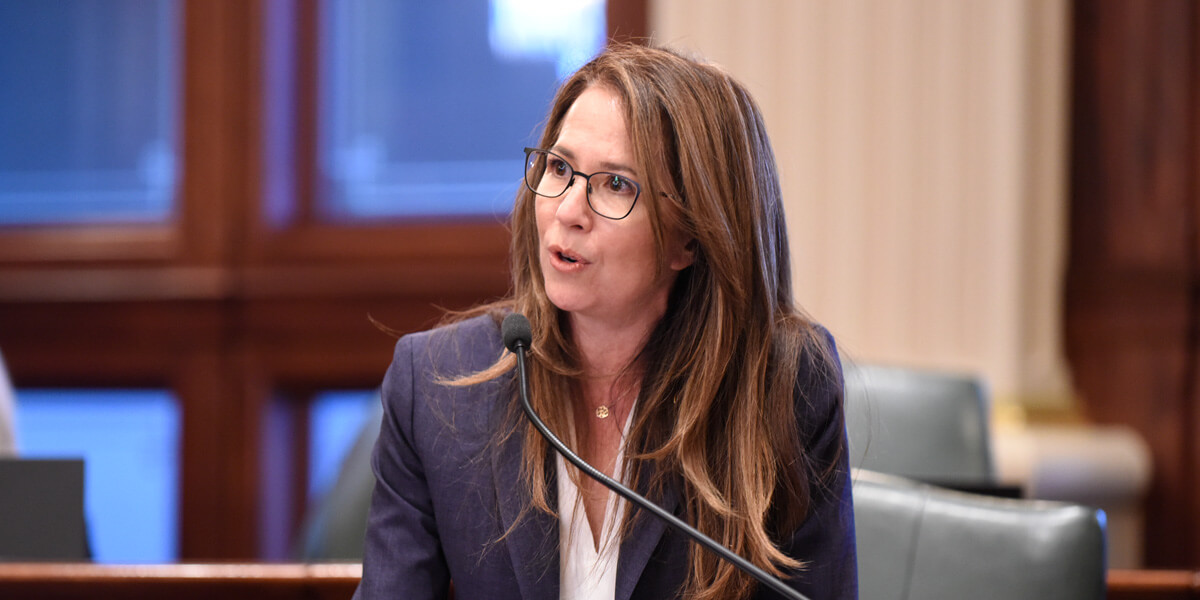 The organization Asian Americans Advancing Justice – Chicago led a coalition of dozens of groups lobbying for the legislation, including students like Manching. Executive Director Grace Pai says she wants to see a diversity of cultures and ethnicities represented, including refugee stories. And said she wants to see that the information is not monolithic, focused only on East Asia.

Teaching of history and contributions of Asian Americans can dispel harmful stereotypes, said bill sponsor state Rep. Jennifer Gong-Gershowitz, who is a third-generation American of Chinese descent. “And it’s about ensuring that Asian American stories are uplifted at a time of rising anti-Asian hate and violence,” said Gong-Gershowitz, a Glenview Democrat. The root cause of discrimination is ignorance, she said, and education is the best weapon to fight against it.

Pai agreed. “It is particularly urgent for our public schools to teach Asian American history now, because of the stark rise in anti-Asian racism and xenophobia that we’ve seen. “

Anti-Asian racism and xenophobia, she said existed long before the COVID-19 pandemic. “But the political rhetoric, scapegoating, I think, accelerated and intensified violence against the community.“

In March, six Asian women were murdered in Atlanta spa shootings that killed eight people. And the group Stop Asian Pacific Islander Hate released a report that tracked more than 9,000 hate incidents in 2020 and 2021, including verbal harassment, physical assault and civil rights violations.

Gong-Gershowitz said at its core, the new education law is about teaching empathy. 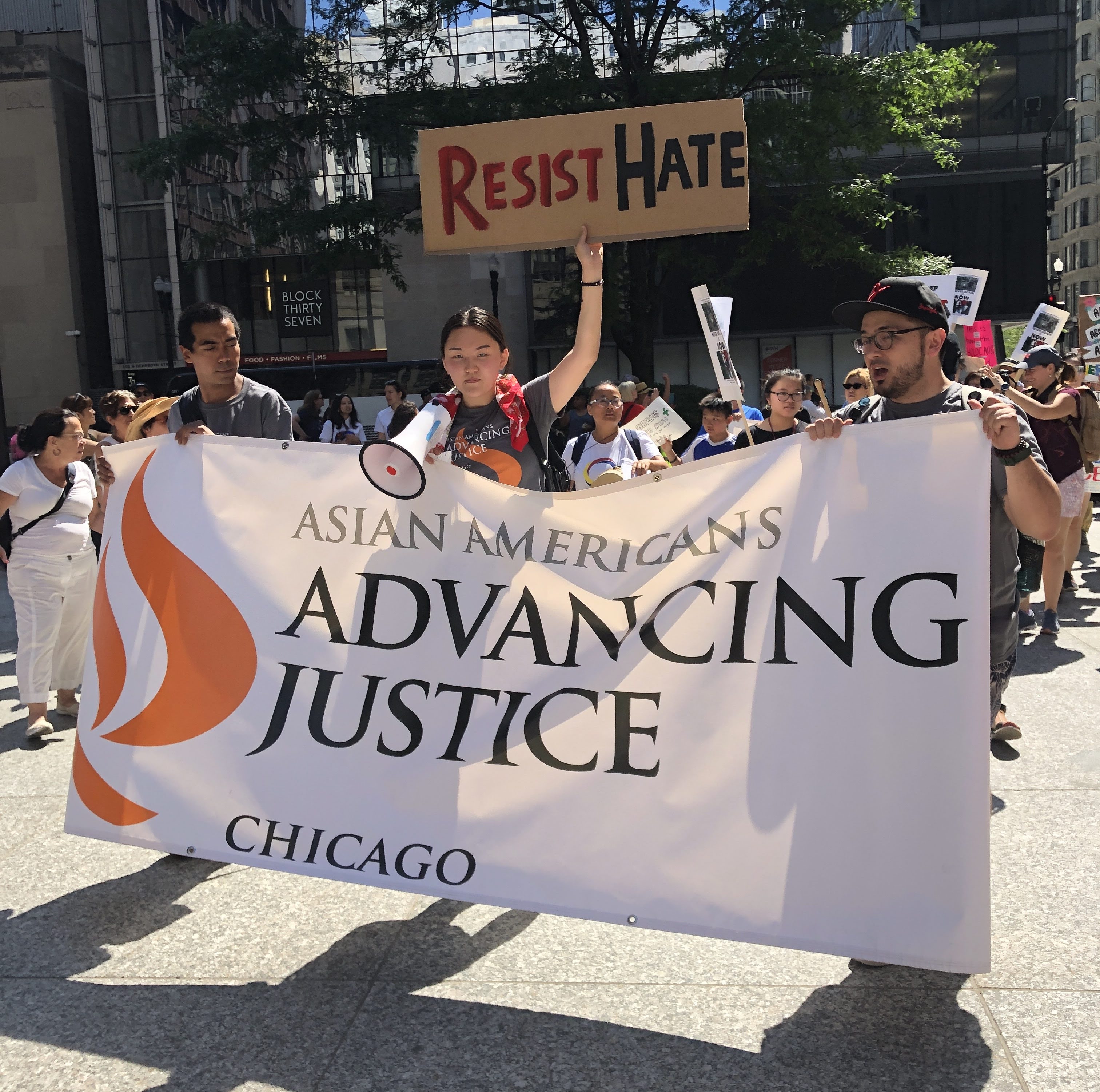 Her grandparents who came to the United States in the 1920s faced discrimination and deportation under the 1882 Chinese Exclusion Act, which banned Chinese immigration until 1943.

For over a decade, her grandparents lived in fear, she said, not knowing whether there would ultimately be a path to citizenship.

For Gong -Gershowitz, it was eye-opening and also painful.

“It was earth shattering for me to learn the truth about my family’s experience. I had been told the fairy tale version that my grandparents immigrated in the 1920s started a business, raised the family,” she said.

It was a travesty that it took an act of law to compel the teaching of Asian American history, said Kristen Kaczmarek, a history teacher at Hillcrest High School in the south suburbs of Chicago. She recently taught a course for other teachers on the Chicago race riots and will give a presentation on women and minorities in Chicago at the state history conference in October.

“Far too often, I feel that certain histories are often lost in the mix of things,” she said. “And it’s important that we continue to tell those stories and keep them alive.”

“Why are you having more children?” That’s a question a doctor in Champaign asked Faviola Silva during a doctor appointment. “He started asking me a

https://cpa.ds.npr.org/s60/audio/2022/05/kernzawebaudio.mp3 The perennial grain can produce an annual crop even as it stays in the ground for up to four years. Its deep root system

217 Today: A new grain has potential to feed more people in a warming climate

Monday, May 16, 2022 Today’s headlines: In the race for Illinois Governor, Darren Bailey is trying to put some distance between himself and the rest