SPRINGFIELD – Ta’Naja Barnes was two years old when she was found wrapped in a urine-soaked blanket amid rodent droppings, garbage and rotting food.

The temperatures dipped to 45 degrees inside the Decatur home on Feb. 11, 2019, the day Ta’Naja was found. Medical personnel couldn’t get a temperature reading from Ta’Naja. She was too cold.

An autopsy revealed the former Department of Children and Family Services ward died from neglect, malnutrition and hypothermia.

DCFS had been involved with Ta’Naja and her family for more than half of her life after allegations of abuse and neglect. Ta’Naja had already spent two stints in foster care before her case was closed and she was returned to live with her mother six months before her death.

Ta’Naja’s death led to a law named in her honor that requires DCFS to complete home safety checks before and after a child is returned to their parents and to provide aftercare to the child and their family for at least six months after their return home.

Nearly a year after the law’s passage, a state auditor found that DCFS has yet to implement it.

“I’m really not surprised,” said State Rep. Sue Scherer, D-Decatur, who sponsored Ta’Naja’s Law. “This is what we feared all along was happening, but this audit just confirms it.”

Despite the audit findings, DCFS officials said they have and are continuing to take aggressive measures to improve services and care to keep children safe.

He said DCFS had previously identified that its data tracking systems were outdated, limiting the agency’s ability to track new requirements.

“As a result, DCFS was already undertaking significant steps to address these issues, including a complete replacement of the department’s child welfare information systems,” he said. “DCFS works diligently to provide resources and guidance to its staff and external partners to continue its work of protecting vulnerable children and strengthen families.”

The report found DCFS was unable to provide home safety checklists, which are mandated when a child leaves state care to be returned to their home, in 192 of 195 cases studied.

The checklist contains basic safety information, such as whether the house has smoke detectors and whether poisons and firearms are secured. It also requires caseworkers to check a box that they discussed with the parents the consequences of shaking a baby and leaving a child with an appropriate caretaker, if necessary.

The law states that “at a minimum,” DCFS must complete a home safety checklist one day prior to a child’s return home and again within five working days after a child’s return. Checklists must be completed every month thereafter until the child’s case is closed.

The auditor found that checklists are not being completed as required by the law, and the checklists had not been updated with new required language that went into effect on Jan. 1, 2020.

The law also mandates that DCFS provide aftercare services to the child and the child’s family beginning the date the parent regains custody and continuing for at least six months.

Per DCFS policy, 30 days before a child is scheduled to return home, DCFS holds a meeting to determine services and develop an aftercare plan. The plan is presented for approval to the court so services will be in place when the court orders the child to be returned home.

Those services can include counseling, case management, physical, behavioral and mental health services, and substance abuse services. They can also include linking families to community resources like food pantries, housing, employment training and continuing education programs.

The audit found that in the 50 cases surveyed, 29 did not have at least six months of documented aftercare services. DCFS also failed to update their procedures to reflect the changes in the law for more than a year after it went into effect. About 18 percent of those cases surveyed found no documentation that services were provided at all.

DCFS stated in a response that they can recommend services, but if a family refuses them, the department’s response depends on the risk involved and the legal status of the case. Families can object in a legal response to any court-ordered services, so mandatory participation is based on the extent of court involvement.

DCFS also administers an aftercare supervisory conference checklist to make sure that the family is making progress towards the return home goal and to determine if any more services are needed.

The checklist includes information about the family’s financial status, whether individuals who frequent the home have been subject to sex offender registry searches, whether the child is attending school or day care, and whether the family requires additional services.

State auditors tried to study 50 cases from calendar year 2020 to see if children were up to date on their immunizations, but they found that the reporting system was too unreliable to make a determination. After reviewing 10 cases from the sample of 50, the auditor ended testing because “the data failed to meet the standards required in order to conduct a meaningful analysis.”

The audit also found that, as of December 2021, more than half of the 6,037 employment positions listed in the DCFS operations division were considered unfunded. Of the 2,746 positions that were funded, 21 percent, or 573, were vacant.

As of Thursday, there are currently 2,970 DCFS employees, representing an increase from when the audit was conducted.

Twanka Davis, Ta’Naja’s mother, pleaded guilty to her daughter’s murder and is currently serving a 20-year prison sentence. After Ta’Naja’s death, TaNaja’s sibling was taken into DCFS care. Davis, 23, gave birth to a third child as she began her prison sentence for Ta’Naja’s murder. Twanka’s boyfriend, Anthony Myers, also was convicted in Ta’Naja’s death and sentenced to 30 years in prison.

Capitol News Illinois is a nonprofit, nonpartisan news service covering state government that is distributed to more than 400 newspapers statewide. It is funded primarily by the Illinois Press Foundation and the Robert R. McCormick Foundation.

Monday, August 8, 2022 Today’s headlines: Most abortions are now banned in the state of Indiana. Only 22% of registered voters cast ballots in the June 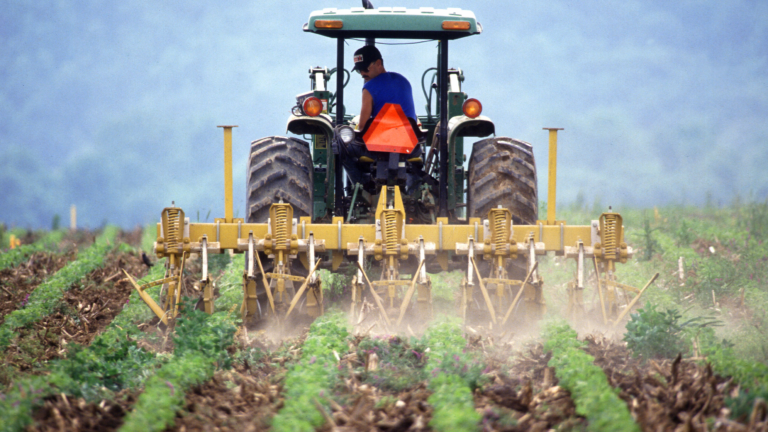