Jen Lenz joined the Campustown Starbucks near Bradley University two years ago as a shift supervisor — right before the start of the COVID-19 pandemic.

Like all stand-alone Starbucks coffee shops, the Campustown shop, 1200 W. Main St., is owned and managed by the Starbucks corporation.

Lenz said there have been many times during the pandemic she felt underrepresented in decisions about how the store would operate, including ongoing wage payment issues. On Friday, she and other workers banded together to announce a unionization effort.

“Starbucks likes to call us ‘partners,’ but we never, ever have a say in what that means,” Lenz said. “It’s just an echo of what corporate says, and we’re just supposed to deliver. … How can they know what’s best for us if they’ve never even met us?”

As of Jan. 31, employees at 54 stores in 19 states were pursuing union elections. In December, Starbucks workers at three New York stores held union elections. A majority voted in favor at two of the three locations, unionizing 64 workers.

The Campustown baristas are organizing under Workers United, an affiliate of the Service Employees International Union. The union would represent hourly baristas and shift-supervisors; salaried store managers and assistant managers are excluded from representation.

A handful of stores in Chicagoland have moved to unionize, but Lenz said the Campustown effort is the first to occur south of Interstate 80.

Lenz, whose family is from Peoria, said she’s already heard from many supportive locals. Peoria is historically a strong union town, and she plans to use the phrase “Does it play in Peoria”?

“It’s time to stand up for ourselves and use our collective voice to bring issues to the storefront and find solutions,” she said. “We don’t have a say in what happens here.”

In addition to wage disputes and working conditions, Lenz said one big concern is safety; Starbucks only allows up to two workers on shift at any one time in the Campustown location.

“We have so many incidents where we have to like call 911,” she said. “Or, unfortunately, in this area, you know, there’s a lot of issues where we’ll find paraphernalia in the store.”

Lenz said workers would like to have three workers on shifts in order to avoid situations with only one employee out front. 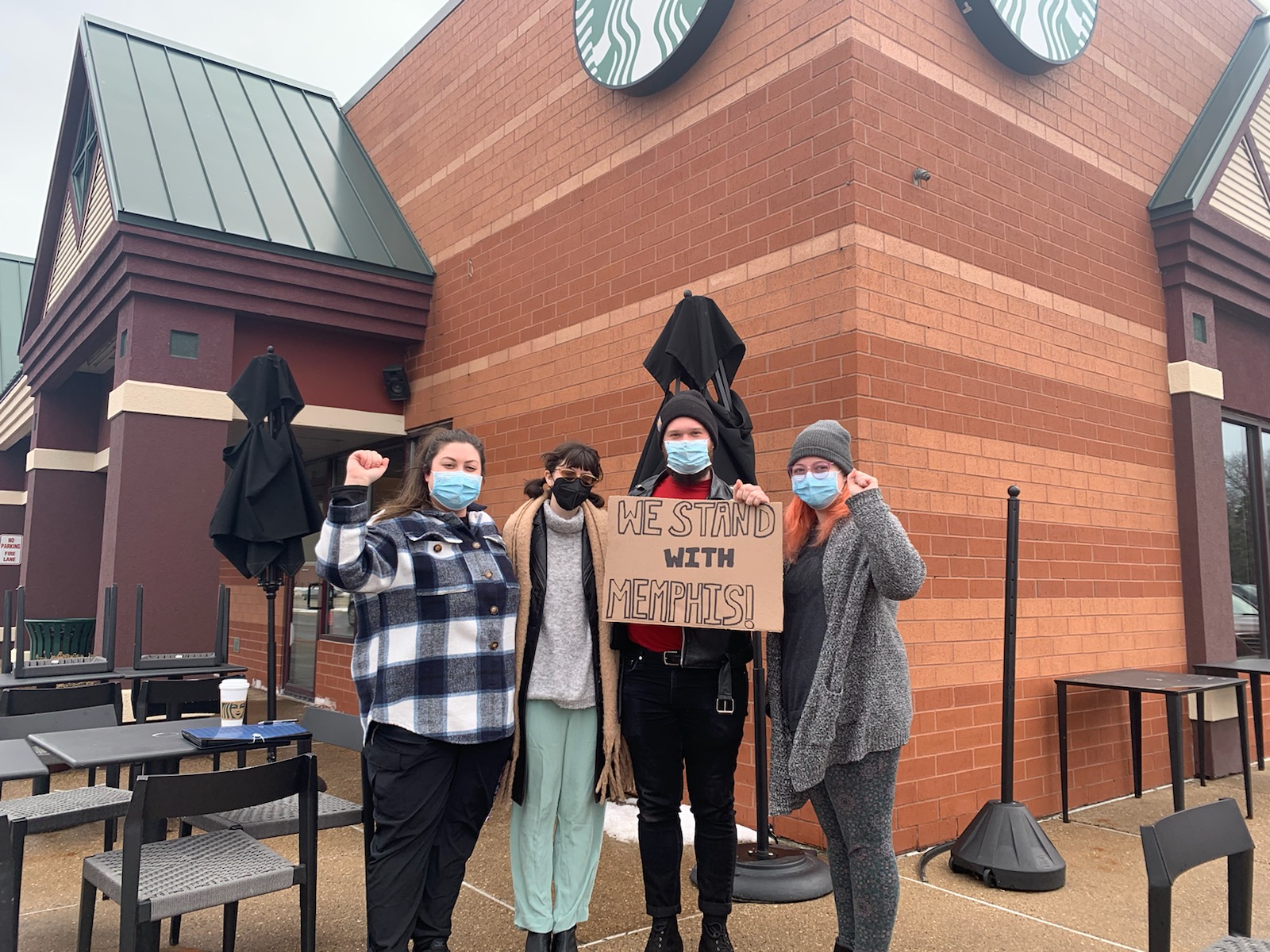 Jon Gill, another Starbucks employee, said they hope their effort will inspire workers at other Peoria-area Starbucks locations to organize.

A Starbucks corporate spokesperson told WCBU on Friday the company will abide by the NLRB’s (National Labor Relations Board) unionization rules and process. She said the company respects worker’s rights to unionize, and the company would bargain in good faith.

“We want to protect partner flexibility, transferability and benefits across all stores in a market or a district because we know that’s important to partners,” she wrote. “That is why we strongly believe that every partner in a district or market should have the opportunity to vote on such an important decision.

In the past, the coffee chain has fought off organizing attempts in New York City and Philadelphia. In the 1980s, the United Food and Commercial Workers International Union for a while represented some Starbucks staff. That union still represents workers at some locations run by grocery stores and not directly by Starbucks.

On Friday morning, Lenz and Gill sat inside the Campustown Starbucks with fellow workers Violet Vaden and Sarah Rodden. On their table was a handwritten sign that said, “We Stand With Memphis.” This week, Starbucks fired seven workers at a Memphis store who were attempting to unionize, CNN reported.