Because of COVID-19: Staying Healthy While Voting

The COVID-19 pandemic has sparked significant changes for the 2020 election season, including Election Day itself. Side Effects Public Media’s engagement specialist Brittani Howell recently discussed the changes and expectations for voting in Indiana.

She was joined by TyJuan Garrett, a vice president with the Indianapolis NAACP chapter; Catherine Vest, communications and outreach specialist for Indiana Disability Rights; Patrick Becker, deputy director at the Marion County Board of Elections; and Brandon Smith, statehouse reporter for Indiana Public Broadcasting.

Here’s a summary of their conversation:

How is the COVID-19 pandemic affecting the way polling places look this election?

COVID has upended the usual Indiana election process starting with the primary, which was postponed from May to June this year and permitted mail-in voting without an excuse. While advocates around the state argued for universal mail-in voting for the general election as well, Republicans shot down such measures, meaning people have to go to the polls in person.

Working with the Indiana National Guard, state officials have been sending personal protective equipment — such as masks, gloves, hand sanitizer and plastic sneeze guards — to polling places throughout the state. Voting booths may be spaced out to allow for social distancing. Lines may also be more spaced out, and marked to help people keep six feet apart.

In Marion County, where Indianapolis is located, polling places have a new role called the “safety coordinator.” That person’s sole job is to help sanitize voting devices between uses and to encourage social distancing, Becker said.

In short, voters will likely see many of the same measures at the polls that they see elsewhere in their daily lives.

Social distancing may not be possible in some parts of the voting process, Smith pointed out. “When you are checking in, you’re going to have to kind of be close. You may be asked to remove your mask by the poll worker, so they can when they look at your ID to confirm that you are who you say you are.”

Polling places are being supplied with masks for staff and for poll workers. They also have masks available for voters who don’t have them, though a voter cannot be turned away for refusing to wear a mask.

However, it’s not clear how well these protective measures are being enforced — or by whom. Smith pointed to Fountain County, which has had one of Indiana’s worst recent surges of COVID-19. County Clerk Paula Copenhaver has said she will not wear a mask while overseeing early voting and that she will not require her employees to do so either.

“Unfortunately, because of the way elections are run — which is not at the state level, primarily, but at the county level — there’s only so much that the state can do to make sure poll workers are wearing masks … ” Smith said. “It should be said that the vast, vast majority of counties will likely enforce those mask-wearing required precautions and that the vast, vast majority of poll workers you see whether right now or on Election Day will probably be wearing masks.”

The Centers for Disease Control has issued guidance to help mitigate the spread of the virus while voting. Aside from expanding voting options — which Indiana has not done — the CDC recommended keeping polls open longer. Has Indiana done this?

Despite citizen outreach and a number of lawsuits, Indiana officials have neither increased voting options nor increased polling hours to help space out voters. Lawmakers have also refused to extend the deadline by which mail-in ballots must be returned, which remains noon on Election Day.

“Republicans were asked to extend polling hours in the past. They have not done that either,” Smith said.

And while Marion County has more polling places for the general election than it did during the primary, it has fewer than in past elections, Smith said. Part of this is due to a shortage of poll workers, many of whom are retirees in an age bracket that is at greater risk for COVID-19.

Locations and hours have long been barriers for marginalized communities, including Black voters. Garrett, a vice president with the Indianapolis NAACP, said Marion County has not had enough early voting locations in the past, compared to this year, when there are several satellite sites. This year, the issue is particularly worrisome because of the pandemic, which has hit people of color harder. Many people rely on public transportation to get to the polls, Garrett said, but deciding whether to ride the bus is more concerning for someone already at risk for the virus.

“Particularly because we have lower health outcomes, and a lot of times we don’t have health insurance that may be provided, those things really weigh on the mind,” Garrett said. His organization has encouraged people to vote by mail if they can, and if they can’t, to vote early, when variables such as timing and transportation might be better controlled. They’ve even been working with coalition partners to help drive people to the polls — no more than two people to a car — to avoid crowded buses.

Transportation is also a huge issue in the disability community, Vest said, and going to the polls in person might pose risks. “Many voters with disabilities have health issues as well, in addition to the disability, so we need to be very careful about keeping our health in mind.”

Who qualifies for an absentee ballot? How do you get one if you qualify?

Indiana residents are eligible to vote by mail for any one of 11 reasons, including being over 65, having a disability, facing significant transportation barriers or anticipating being away from the county. If you meet one of those 11 criteria, visit IndianaVoters.com and follow the prompts. For detailed instructions on filling out an absentee ballot form, follow along with this Indiana Public Broadcasting video.

When you receive your absentee ballot, check it to make sure all the information is there, and follow the directions carefully, Vest said.

In order for your vote to be counted, the county clerk must receive your absentee ballot by noon on Nov. 3. The ballot can be mailed or hand-delivered to your polling place.

If a voter has requested a mail-in ballot but has not received it yet, Becker said there is a process to request a replacement. For Marion County, voters can begin that process by visiting https://vote.indy.gov/absentee/.

Voters who qualify may also apply to vote by travel board. In this scenario, a bipartisan team will deliver a ballot to the applicant and help them fill it out before the election. To qualify, a voter must meet one of three criteria: They must expect to be confined to a private residence on Nov. 3 due to illness or injury; they must have a disability and believe their polling place is not accessible; or they must be physically unable to complete and sign the ballot on their own.

Applications to vote by travel board are due no later than noon on Nov. 2.

In the first presidential debate, President Trump encouraged voters to go to their polling places and watch for suspicious activity. What is and is not allowed at a polling place in this capacity?

A poll watcher is an official position that is very different from the independent inspections the president encouraged. In Indiana, poll watchers are appointed by the chairman of one of the political parties or an independent candidate for office. Each party, independent candidate, and media entity may have only one watcher at each precinct at any time during Election Day, according to state code.

The area outside that 50-foot area is not within the local election board’s jurisdiction, Becker said. If a voter observes questionable activity or feels harassed or threatened, then they should do what they feel is appropriate — including notifying the police, Becker said.

What else should people know, or do, as they go to vote?

Mask up and have a plan, panelists said. Many locations have reported long lines for early voting, so be prepared to wait.

“Bring some water, bring your mask, bring hand sanitizer or whatever you need,” Vest said. If you have a disability that makes it difficult to stand for long periods of time, you are permitted to ask for a chair at the polling place. Wear warm clothing in case you have to wait outside for some time, she said.

And stay in the line. As long as you are in place before the polls close, even during early voting, you are permitted to vote that day.

Don’t forget a photo ID, which is a requirement to vote in Indiana. The ID must display your photo, your name, and an expiration date. An expired ID may be used, as long as it expired sometime after the date of the last general election. The ID must have been issued by the state of Indiana or the U.S. government.

If you have a disability and feel that your polling place is not accessible, or have general questions about voting, you can call the Indiana Disability Rights hotline: (800) 622-4845.

You have the right to a fair and free election. See the Indiana Voter’s Bill of Rights (Spanish version here) for a description of those rights, and whom to contact if you feel those rights are being violated at your polling site.

Wednesday January 27, 2021 Today’s headlines: A federal partnership between Walgreens and CVS aimed at vaccinating all residents and staff in long-term care facilities nationwide 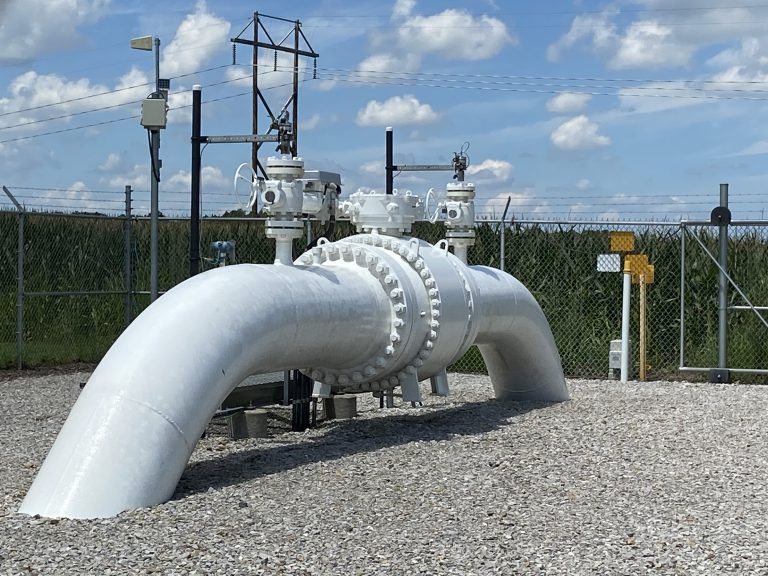