“I think the values that I represent and embody are what will resonate not just with Democrats or Republicans, but with all the voters in this district,” said Hursey.

Using a values-oriented approach as his guideline, Hursey says he would work for a healthcare solution that makes sure all people are covered, lowers premiums and looks out for working people. He says that would not only help him win an election, but also get Americans what they really need in terms of healthcare.

Hursey says that intersectionality is also key to solutions in other areas. He notes the link between U-S treaties with South Korea in both defense and trade, and how they are tied to each other. He also sees how fighting climate change can help agriculture, using the example of the 15th District’s Clinton County, one of the nation’s top hog-producing counties.

“Our moderate climate allows hogs to have more meat,” said Hursey. “Warmer climates mean less meat on hogs. So, we have hog farmers who are also concerned about climate change. And the government has an opportunity to step in and fund and subsidize and invest in small businesses and technologies that help eliminate those methane emissions that not only keeps the planet and the climate cooler, but helps make our industries more effective.”

Hursey says his values-based approach is a way to bridge the partisan divide and work towards genuine consensus in U.S. politics that achieves enduring solutions to problems.

Hursey says he also supports legalization of cannabis at the federal level, more funding for education, protecting elections from foreign interference and ending the requirement of cash bail for most people accused of crimes, a practice he considers to be oppressive.

Jim Meadows has been covering local news for WILL Radio since 2000, with occasional periods as local host for Morning Edition and All Things Considered and a stint hosting WILL's old Focus talk show. He was previously a reporter at public radio station WCBU in Peoria.
PrevPreviousNews Around Illinois – February 17, 2020
NextDemocrat Erika Weaver Says She’s Walked In The Shoes Of 15th District VotersNext 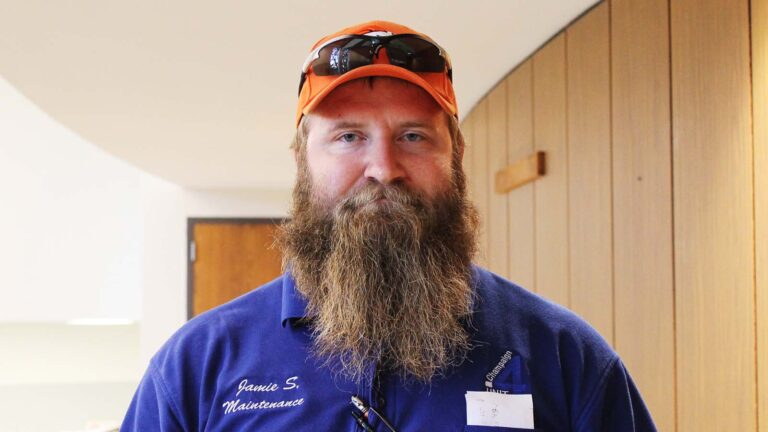