SPRINGFIELD – Social studies classes in Illinois public schools are about to get a major overhaul, with more emphasis on Black history and the contributions of other underrepresented groups to American culture.

In addition, within the next few years, all school districts in the state will be required to offer computer science courses and more instruction in computer literacy.

Those are just two of the major provisions of a 218-page education equity bill, House Bill 2170, that passed during the recent lame duck session of the General Assembly with the backing of the Illinois Legislative Black Caucus.

Jennifer Kirmes, executive director of teaching and learning at the Illinois State Board of Education, said in an interview that the agency has been working toward updating the state’s social studies standards for months.

“Over the summer, we convened a working group of educators and advocates and gave that group the task of reviewing the existing Illinois social science learning standards, in particular through the lenses of equity and social justice, and to ensure that the standards aligned with the statutory mandates to teach about the contributions of underrepresented groups like African Americans and LGBTQ Americans,” Kirmes said. “So really, what’s in the bill codifies work that we started several months ago, and are still undertaking now.”

Specifically, the bill calls on ISBE to adopt new standards by July 1 “that are inclusive and reflective of all individuals in this country.”

It also calls for establishing an “Inclusive American History Commission” to help the board develop the new standards. That 22-member commission will be charged with reviewing educational resources that teachers can use that “reflect the racial and ethnic diversity” of Illinois and the United States, providing guidance for educators on how to ensure that their class content is not biased in favor of certain cultures and providing guidance on how to identify resources for “non-dominant cultural narratives.”

The bill also calls on every elementary and high school to develop a curriculum that includes one unit of studying pre-enslavement Black history. That unit will cover the period from 3,000 BCE to 1619, when the first enslaved Africans were brought to America. Black history units will also have to include the study of the reasons why Black people came to be enslaved and the study of the American civil rights movement.

Social studies programs in the United States have been criticized for years for putting too much emphasis on the white European origins of the original 13 colonies and the development of a predominantly white culture while paying only scant attention to the history of slavery or the contributions of people from other, non-European cultures.

“I cannot speak to what is happening in every district across Illinois and I think it’s hard to make any kind of sweeping statement about all of history education in Illinois,” Kirmes said. “Our position is that we want it to be well supported and well executed in every community.”

Kirmes said ISBE expects to have a draft of the new standards available for public comment in March. The final standards will then be presented to the board for approval early in the summer.

In addition to revising social studies standards, the bill also tries to ensure greater access throughout the state to computer literacy programs and computer science education.

It calls on all districts to provide “developmentally appropriate opportunities” to gain computer literacy skills beginning in elementary school. Also, starting in the 2022-23 academic year, students entering ninth grade will be required to take at least one course that provides “intensive instruction” in computer literacy. That could be a course that also meets other graduation requirements such as math or social studies.

Beginning in the 2023-24 academic year, all districts that operate high schools will be required to offer at least one course in computer science, which is defined as “the study of computers and algorithms, including their principles, their hardware and software designs, their implementation, and their impact on society.” It does not include the study of everyday uses of computers and applications such as keyboarding or accessing the internet.

ISBE does not currently have educational standards for computer science, Kirmes said, so those will have to be developed from scratch.

She said ISBE has already convened a group to begin drafting computer science standards and the agency expects those to be adopted this summer as well.

Other provisions of the bill call for changing the state’s high school graduation requirements so they are more closely aligned with college admission requirements at the University of Illinois. Starting in the 2024-25 academic year, students entering ninth grade will have to complete two years of laboratory science. And beginning in the 2028-29 school year, they will be required to complete two years of a foreign language.

In the area of higher education, the bill changes the funding formula for the AIM HIGH student aid program. Instead of splitting the cost of those grants evenly between universities and the state, schools where 49 percent or more of their undergraduate student body are eligible for federal Pell grants will only have to match 20 percent of their state allocation while schools where fewer than 49 percent of students qualify for Pell grants will have to match 60 percent of the state allocation.

The bill was sponsored by Sen. Kimberly Lightford, D-Maywood, in the Senate and Rep. Carol Ammons, D-Urbana, in the House. It needs only a signature from Gov. JB Pritzker to become law.

INDIANAPOLIS — The U.S. has secured more doses than the country’s COVID-19 vaccine needs. But around the world, millions of people have no access to

Tuesday, Sept. 21, 2021 Today’s headlines: A union representing about 300 state employees has come to an agreement with Gov. JB Pritzker’s office on his 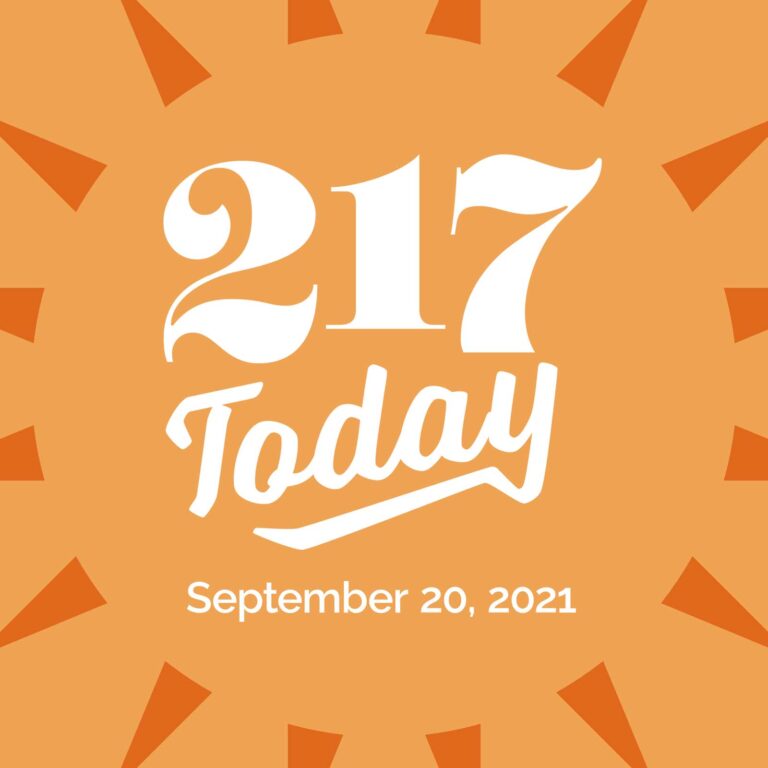 Monday, Sept. 20, 2021 Today’s headlines: Illinoisans who use smart devices like Amazon’s Alexa are subject to new data protections under a law signed last