A pro-EV group says more widespread adoption of battery-powered trucks and buses is increasingly cost-attractive and would have an outsized impact on air pollution.

The Electrification Coalition recently sent Gov. JB Pritzker a letter asking him to pledge that at least 30% of all new trucks and buses sold in Illinois will be zero-emission vehicles by 2030, and 100% by 2050. Rivian, which will make its electric trucks, vans and SUVs in Normal, was one of the companies signing onto the letter to Pritzker. Fifteen states and D.C. have already signed onto the memorandum of understanding to make that pledge. 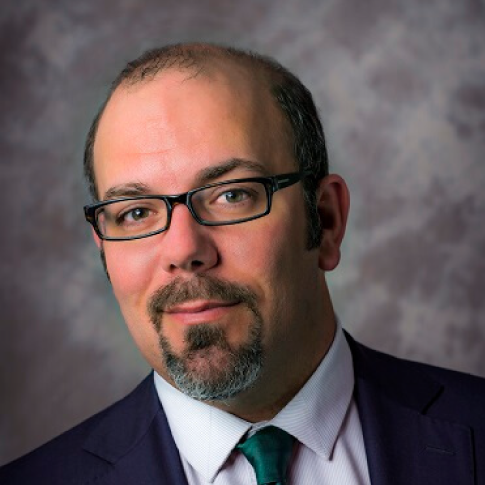 The U.S. is getting closer to cost parity, when an electric truck or bus would be cost about the same as one with a traditional internal combustion engine, said Ben Prochazka, executive director of the Electrification Coalition. Capital costs—the sticker price of the truck or bus—are not quite there yet, he said. But EVs are definitely cheaper to operate over the long term, he said.

“This is where electric vehicles just crush the competition,” Prochazka said.

And for companies or public bodies looking for financial stability, EVs are a better option because their cost to operate does not rely on the topsy-turvy oil markets.

For years the conversation around EVs was focused on personal vehicles, like Teslas. But that’s changed as batteries have gotten cheaper and the technology has improved, putting a battery-powered semi or truck fleet within financial reach. Rivian, for example, will be making a fleet of electric delivery vans for Amazon.

The impact on air pollution could be immense. Commercial vehicles represent about 5% of those on the road, but as much as 28% of emissions, said Prochazka. A semi or a bus gets somewhere between 4 and 8 miles per gallon, he said.

Low-income and minority communities are more likely to be located near highways and other transportation facilities that lead to negative health effects resulting from vehicle emissions, according to the Electrification Coalition.

“Not only is it the right thing from a technology standpoint, and the costs are getting there, but it’s also the right thing to ensure we’re bringing equity to transportation. And equity means we’re doing a better job of creating healthy communities,” Prochazka said.

Illinois is already becoming a Midwest leader on EVs. In addition to Rivian, Lion Electric announced in May that it has selected Joliet for the construction of its U.S. manufacturing facility. The new facility will represent the largest dedicated production site for zero-emission medium- and heavy-duty vehicles in the U.S.

“Illinois is well positioned to be the first state in the Midwest to commit to the MOU,” said Chris Nevers, senior director of environmental policy at Rivian. “With sound policy and strong partners, Illinois can continue to demonstrate leadership in environmental responsibility and advanced manufacturing, which will have major benefits to the state’s economy and promote job growth.”

Robust public investment and regulatory reform along the EV supply chain has the potential to create more than 500,000 jobs across the United States over a five-year period, according to a report by the Electrification Coalition and Securing America’s Future Energy. Rivian has nearly 2,000 employees in Normal already.

UPDATE: The Champaign County Board approved a revised district map Thursday night. County board members voted along party lines to approve a map submitted by

Mexico is phasing out genetically modified corn for human consumption by 2024. But U.S. Agriculture Secretary Tom Vilsack said he’s been assured by his Mexican

The Rockford Airport Authority will begin construction next month on a road over the Bell Bowl Prairie. LISTEN: The 21st Show talks with Jack Darrin,