SPRINGFIELD — The same day the first employees at Memorial Health System hospitals in central Illinois were getting vaccinated against the coronavirus, an internal blog post was published: “Debunking COVID-19 Vaccination Myths.”

The post, which broke down seven common misunderstandings about the vaccine, is part of an effort started in November to encourage employees to get the shot, said Jennifer Harris, incident commander for Memorial’s COVID-19 response.

“We wanted to be fully transparent with everything that we knew about the vaccine and what our position was, which is that it’s an excellent antidote to this virus,” Harris said.

Illinois hospitals are urging their workers to get the new coronavirus vaccine, but the Illinois Hospital Association says their members are not requiring the shot.

Hospital leaders are hesitant to mandate employees to get the vaccine because it only has emergency use authorization from the Food and Drug Administration, said Danny Chun, vice president of corporate communications for the IHA. The association represents more than 200 hospitals around the state.

“That allows the vaccines to be administered, but it’s not quite the full approval of the FDA,” Chun said. This is unlike the flu vaccine, which has full approval and some hospitals do require.

Harris, with Memorial, worried that a mandate could plague morale – already low at a time when hospitals are struggling to care for COVID-19 patients.

“At first, we are just trying to ease our way into this without using the heavy hammer,” she said. “So now it’s focusing on education and making it easily available.”

Illinois has nearly 655,000 frontline workers to vaccinate in the first phase of distribution, according to a plan from Gov. JB Pritzker’s office. Pritzker announced Wednesday more than 100,000 have gotten their first dose, about 15%.

Many of the initial recipients – doctors, nurses, respiratory therapists and others who’ve worked on COVID units for months – were ecstatic to get their shot. Chun said their early enthusiasm is key to getting others who might have reservations to be vaccinated as well.

“Word of mouth is really important. When colleagues see their colleagues, their friends, the people they work with getting the shot, that has a huge impact,” Chun said.

Earlier surveys of health workers showed some hesitancy to get the new vaccine. A survey from the Centers for Disease Control and Prevention showed 63% of healthcare providers would get the shot.

Meanwhile, a nationwide survey of nurses from the American Nurses Foundation from October found a little more than a third of respondents said they wouldn’t get it if it weren’t required by their employer and another 30% said they were unsure. Common concerns were that the vaccine development moved too quickly and that they lacked information on its safety, side effects and administration.

Harris said these studies informed education campaigns within the hospitals.

“A lot of us have backgrounds in science and understand the biology and chemistry of things. So to see that there was that much fear or maybe distrust in the vaccine was a little surprising,” Harris said. “But it helped us to understand where we were starting from.”

Still, she’s optimistic that these efforts will pay off. She said Memorial has a goal of vaccinating 80% of its workforce, understanding that herd immunity is somewhere between 70% and 80%.

“I would certainly love to go above 80%,” Harris said. “But one thing you have to realize is there will always be some people where this is just not the right decision for them.”

Mary Hansen is a reporter for NPR Illinois in Springfield. 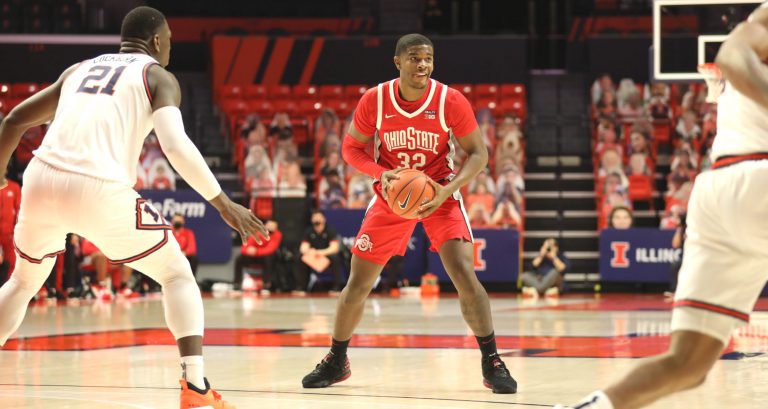 CHAMPAIGN – The No. 14 Illini men’s basketball team dropped its second straight home game at the State Farm Center Saturday, with an 87-81 loss 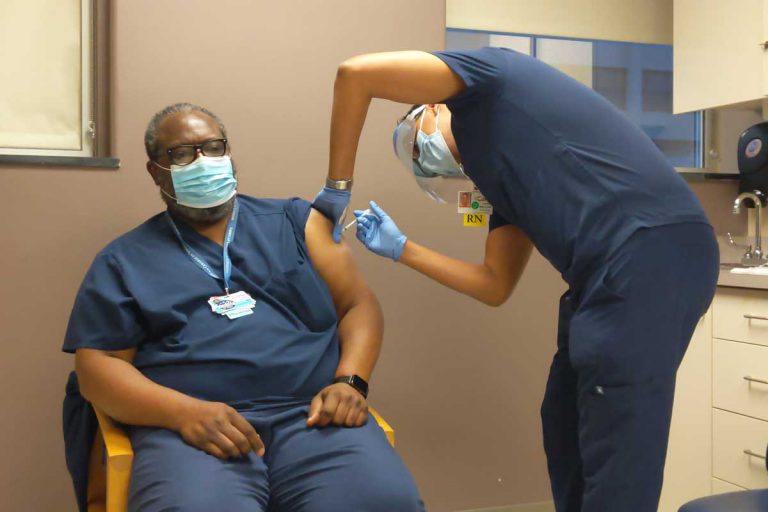