SPRINGFIELD — This story has been updated multiple times, including arguments filed by Pritzker’s administration very late Friday asking for a stay of Judge Grischow’s decision.

Gov. JB Pritzker’s mandate for masks in schools was thrown into legal limbo late Friday after a Sangamon County judge voided his rules on both masking and mandated COVID-19 vaccines or regular testing for school staff — flashpoints in a bitter ideological fight over the governor’s pandemic management.

Hours after Judge Raylene Grischow issued her decision, Pritzker vowed to escalate the matter to a higher court, asking for an expedited appeal on the ruling. In a short appeal filed late Friday night, attorneys for the state laid out the argument for staying Grischow’s temporary restraining order on masks in schools.

“The Court’s TRO is likely to (a) disrupt the ability of schools to continue in-person instruction, and (b) cause an increase in sickness, and possibly death,” the appeal said. “Conversely, Plaintiffs face the minimal inconvenience associated with wearing a mask, or the possibility of a brief exclusion from school premises during the pendency of an appeal.”

But if the state’s Fourth District Appellate Court doesn’t step in and stay Grischow’s temporary restraining order over the weekend, K-12 students across the state may be free to show up to school on Monday without a mask.

In a statement, Pritzker warned of “grave consequence[s]” stemming from Grischow’s decision, saying districts will “no longer have sufficient tools to keep students and staff safe while COVID-19 continues to threaten our communities,” and cautioned that lifting the mask mandate “may force schools to go remote.”

Earlier on Friday, Pritzker told reporters he was “very hopeful” he’d soon be able to remove the state’s mask mandate as the number of new COVID cases and hospitalizations continues a rapid decline after the virus’ massive Omicron surge hit the state in December and January, killing nearly 5,000 Illinoisans since the first case of the variant was detected.

“I believe we should remove masks as soon as we possibly can,” Pritzker said at an unrelated event. “I am constantly listening to the doctors and scientists and encouraging them, ‘When can we do this? When’s the right time? What’s the right way to do it?’ And so [I’m] very hopeful that we’ll be able to make some announcements about that.”

Judge Grischow’s decision comes six months after Pritzker announced the school mask mandate in early August, when COVID’s Delta variant was sending Illinois’ virus case counts and hospitalizations to another peak just as schools were preparing for another academic year hampered by the pandemic.

In the weeks that followed, Pritzker was served with dozens of lawsuits challenging both Illinois’ school mask mandate and the subsequent requirement that school staff get vaccinated for COVID or submit to regular testing for the virus. But Friday’s ruling represents the biggest win in nearly two years of legal battles over Pritzker’s COVID mitigation strategies.

Judge Grischow — who earlier in the pandemic voided a high-profile legal win by now-GOP gubernatorial candidate State Sen. Darren Bailey (R-Xenia) challenging Pritzker’s stay-at-home orders — sided with parents who sued 146 school districts over the state’s mask mandate, plus staff who sued another 21 districts over Pritzker’s vaccine requirement. In those cases, staff who declined to get vaccinated also objected to the alternative regular COVID testing requirement, claiming it was tantamount to a forced medical procedure.

In a 29-page opinion, Grischow found that masks, vaccines and testing are all forms of “quarantine” — something that can only be enforced by the state’s Department of Public Health or local health departments, and only after a hearing. Therefore, Grischow reasoned, students and staff had been denied their due process by being subject to Pritzker’s the executive orders.

Grischow also accused Pritzker’s administration of trying to end-run judicial review by allowing the state’s Board of Education to be in charge of the mask and vaccine rules within schools instead of the Department of Public Health — the only state agency with the power to quarantine individuals.

“IDPH passed the buck to schools so as not not trigger the due process protections under [state law],” Grischow wrote. “IDPH cannot delegate its duties and responsibilities to ISBE and then stand on the sidelines with its hands in the air, saying, ‘it wasn’t us. We didn’t exclude kids. We didn’t mandate vaccines. We didn’t implement a mask mandate…the schools did.’”

When Pritzker announced his vaccine mandate for school staff in late August — when COVID’s Delta surge peak coincided with the start of the school year — Illinois’ two statewide teachers unions stood with the governor, vowing to help individual bargaining units come to agreements with their school districts on how to vaccine opt-outs would work for those claiming religious or medical exemptions.

“We believe what the judge ordered today is legally faulty and a threat to public health and, most importantly, a threat to keeping Illinois schools open for in-person learning,” Montgomery said. “Our children and their families need certainty and some normalcy at school, not legal wrangling managed by a small minority of citizens.”

Kathi Griffin, president of the Illinois Education Association, warned the decision could shut schools down due to mass infection within buildings if masks are no longer mandated.

“The teacher and education employee shortage is at a crisis level,” Griffin said in a statement. “Schools are shutting down because they do not have enough healthy employees to safely hold classes even though staff continue to give up their plan time and lunches to cover classes.”

In a statement, Pritzker interpreted Grischow’s ruling more narrowly than the judge indicated in her ruling, suggesting it only applies to the districts named in the suits, though a footnote in the judge’s opinion stipulated that she’d voided all of the governor’s rules and so it applied to all school districts in Illinois, despite not granting class certification in the suit earlier in the day.

Attorney General Kwame Raoul chided Grischow for her decision late Friday in announcing the expedited appeal request along with Pritzker.

“This decision sends the message that all students do not have the same right to safely access schools and classrooms in Illinois, particularly if they have disabilities or other health concerns,” Raoul said. “The court’s misguided decision is wrong on the law, demonstrates a misunderstanding of Illinois emergency injunction proceedings and has no relation to the record that was before the court. It prioritizes a relatively small group of plaintiffs who refuse to follow widely-accepted science over the rights of other students, faculty and staff to enter schools without the fear of contracting a virus that has claimed the lives of more than 31,000 Illinois residents – or taking that virus home to their loved ones.”

Illinois judge has issued a temporary restraining order that prevents school districts from complying with Gov. J.B. Pritzker’s mandate that requires students to wear masks in the classroom.

In Friday’s ruling, Sangamon County Circuit Judge Raylene Grischow wrote that Pritzker overstepped his legal authority with the mandate and determined that other emergency orders he issued to combat the spread of COVID-19, including one that mandates vaccinations for school employees, are “null and void.”

Pritzker and Attorney General Kwame Raoul say the ruling will put students and school staffers at risk of contracting and spreading the virus. Raoul says he will appeal the decision. 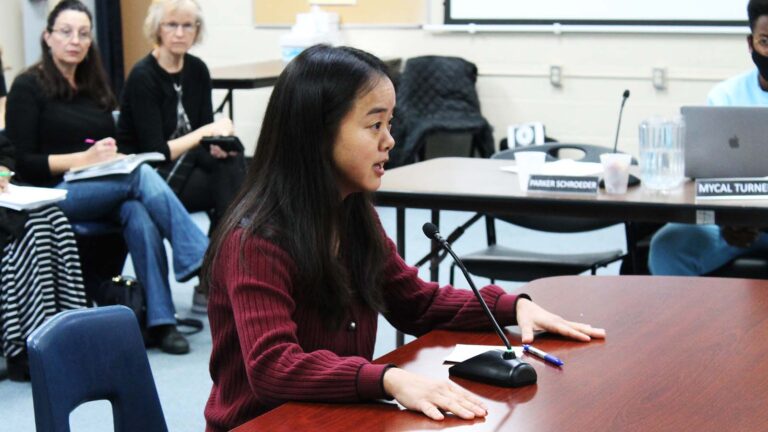 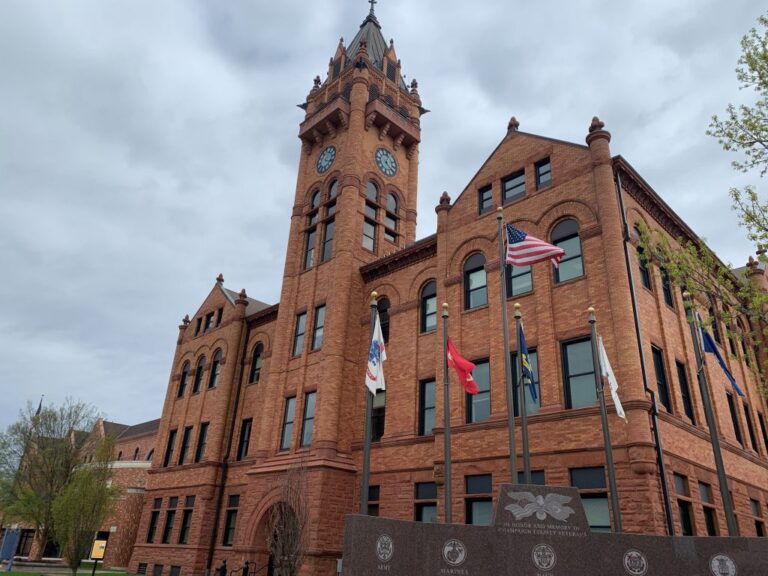 URBANA — The new Champaign County Public Defender takes over an office with many challenges, but Elisabeth Pollock thinks she’s up to the task.  The 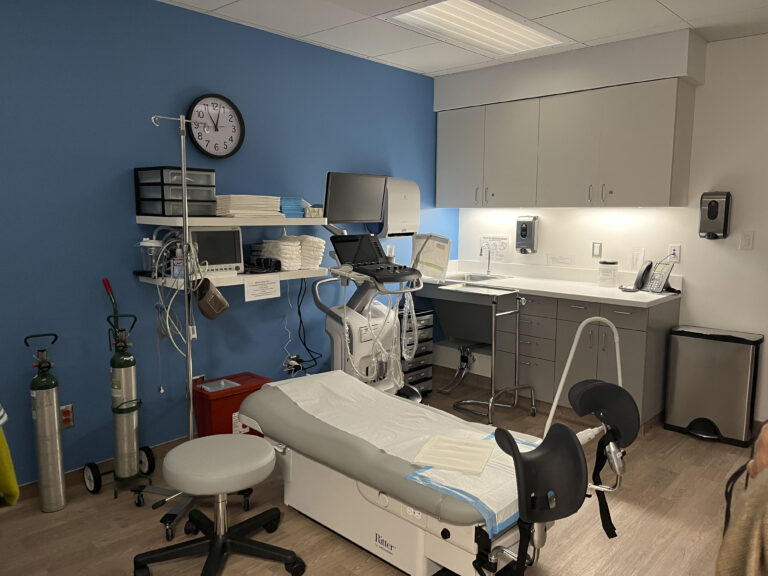 CHAMPAIGN — December 24 will mark half a year since the Supreme Court overturned Roe v. Wade, the 1973 decision that legalized abortions.  The June