The bill, ready for action by Democratic Gov. J.B. Pritzker, who supports it, would shield reproductive and gender-affirming health care patients and providers from legal action originating across state lines in a post-Roe world where some states are moving swiftly to restrict such procedures.

In the words of Rep. Kelly Cassidy, the Chicago Democrat who sponsored the plan in the House, Democrats have faced down “grave threats to the rights to privacy, reproductive care, and bodily autonomy.”

“We are ensuring that Illinois will continue to serve the thousands of people traveling to our state every month to receive abortions and other reproductive and gender-affirming health care, which they can no longer access in their home states,” Cassidy said in a statement.

Abortion is legal in Illinois until the fetus can survive outside of the womb, which usually occurs around six months of pregnancy.

Other states have also moved to protect abortion rights. The Democratic governors of Colorado, North Carolina and Hawaii issued executive orders to protect abortion providers and patients from extradition to states that have banned the procedure. And in November, voters in battleground Michigan enshrined abortion rights in their state’s constitution — joining Democratic California and Vermont in taking that step.

The legislation would also protect the Illinois licenses of health care providers licensed in multiple states who provide treatment legal in Illinois but which might cost them their license in a state where it’s not. And it would prevent insurers from charging more for out-of-network care when in-network providers object to treatment on moral grounds.

Senate Democrats, led by sponsoring Sen. Celina Villanueva of Chicago, approved the proposal 41-16, but made changes to the initial proposal the House sent over. After ironing out differences, the House endorsed it 70-39. Proponents scrambled to win endorsement on the last day of its lame-duck session. A new General Assembly is sworn in Wednesday and the legislative process begins anew.

Mary Kate Zander, who heads the anti-abortion group Illinois Right to Life, called on lawmakers to be more open in their debate. The Senate tacked its language onto an existing piece of legislation, so it didn’t need the vetting required of a new bill, such as a public committee hearing.

“They know that the people in our state are not supportive of this type of legislation, because if they were, they would pass this legislation in a conventional way,” Zander said.

Ameri Klafeta, director of the Women’s and Reproductive Rights Project for the American Civil Liberties Union of Illinois, said the bill would help reinforce abortion protections in Illinois at a time when reproductive rights are under attack elsewhere in the country.

“We are not letting states like Texas, where there are attacks on abortion care and attacks on gender-affirming care, tell us in Illinois what care people can get in the state,” she said.

Pritzker, who was sworn in Monday for a second term as governor, used his inaugural address to propose a constitutional amendment guaranteeing abortion access.

Savage is a corps member for the Associated Press/Report for America Statehouse News Initiative. Report for America is a nonprofit national service program that places journalists in local newsrooms to report on undercovered issues. 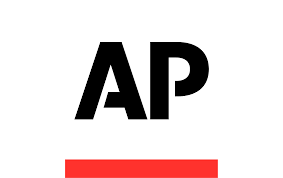 PrevPreviousAssault weapons to be banned in Illinois: House passes bill — and Pritzker vows to sign it ‘immediately’
NextShannon leads Illini over Nebraska 76-50 with double-doubleNext