When she found out that staff at the Danville Correctional Center had removed more than 200 books from a library inside the prison’s education wing, Rebecca Ginsburg said she felt a pit in her stomach.

“I felt sick,” she said. Ginsburg directs the Education Justice Project, a college in prison program that offers University of Illinois classes to men incarcerated at the Danville prison in east-central Illinois. In late January, prison staff removed dozens of titles from two rooms that serve as the program’s library.

Those titles include books like “Visiting Day,” a children’s book about visiting a parent in prison by author, Jacqueline Woodson. Also included among the removed books are two titles written by African-American scholar Henry Louis Gates Jr., a book by philosopher Cornel West, “Up From Slavery” by Booker T. Washington, and “Mapping Your Future: A Guide to Successful Reentry 2017-2018” written by the college in prison program’s reentry team.

A majority of the books removed from the program’s library are about race.

Outgoing Illinois Department of Corrections director John Baldwin said he learned about the book removal after a University of Illinois administrator called him to ask about it. He said he received an explanation from the Danville prison warden.

“Somehow, a lot of books got into the institution without going through our review process. That was our fault,” Baldwin said. “We let books in and some of them maybe shouldn’t have been, some of them are very good books.”

Multiple emails obtained by Illinois Newsroom show that at least a portion of the books that were removed were approved by prison staff to enter the facility. The removed books also came into the prison at different times and in different years, and were brought in with other books that weren’t removed from the EJP library by prison officials earlier this year.

When asked how staff at the prison identified the books that weren’t subjected to a review process, Baldwin said, “I don’t know how the facility found that out. I have no idea.”

FULL LIST OF BOOKS REMOVED FROM THE DANVILLE PRISON

EJP just marked it’s 10th anniversary. Over the course of the last decade, Holly Clingan said volunteers and EJP participants have invested their time and resources in a library made for and largely operated by incarcerated EJP students. Clingan has volunteered with the program for the last five years helping students manage the library inside the prison.

“So the students are actually student librarians,” said Clingan. “They catalog. They maintain the spaces. They check books in and out. They help with research questions, guide the other students that are in program to the resources.”

Before the books were removed, Clingan said the collection included about 4,000 titles spread across two rooms. Ginsburg said the rooms “look like no other rooms inside the prison.” The walls are painted shades of blue and green, there are plants, and posters on the wall — some depicting EJP students giving presentations, she said.

Ginsburg said the program created the library because the general prison library lacked the breadth and variety of nonfiction and fiction books EJP students require to successfully complete their coursework. Last year, Illinois Newsroom reported that the prison system spent less than $300 on books for prison libraries and educational programs across more than two dozen facilities in 2017 .

Clingan said it’s become increasingly difficult, however, to get reading material into the prison.

“It takes sometimes months for the resources for our courses to be cleared through the clearance process,” she said. “Sometimes we’re not allowed to teach particular courses because the materials are considered controversial.”

Last fall, Ginsburg said the issue came to a head. Several titles, including “Uncle Tom’s Cabin,” “Narrative of the Life of Frederick Douglass, an American Slave,” and W.E.B. DuBois’ “The Souls of Black Folk” were submitted for consideration but ultimately denied.

Ginsburg said even books that were allowed to be brought into the facility were held by prison staff for weeks, delaying the start of EJP’s spring semester.

Then, in mid-January, the entire program was suspended for an unknown reason, she said. That’s when staff at the prison entered the program’s library and removed 202 titles from the shelves.

Illinois isn’t the only state to place restrictions on how or what prisoners can read.

State prison systems in Washington, Maryland and Pennsylvania recently placed restrictions on book donations — and prison officials in all three states reversed these policies after public outcry. State officials said they were concerned about illicit substances entering prisons on the pages of donated books.

The Arizona Department of Corrections recently banned a book by a former federal prosecutor that focuses on racism in the criminal justice system. The department argued that the book posed a threat to security in the prison.

When asked what would constitute inappropriate content, Baldwin , referred IN to the agency’s publication review policy. The policy states that material that is sexually explicit or otherwise “obscene,” facilitates communication between offenders, encourages hatred, violence or other criminal activities, or is “otherwise detrimental to security, good order of the facility” may be disapproved.

Both Ginsburg and Michael Tafolla believe race, however, is at the root of the book removal in Danville. Tafolla participated in the EJP program during the last four years of a two-decade long prison sentence.

He grew up in Chicago, and was sent to prison on a murder conviction when he was 18 years old. Tafolla was released from prison last year.

He said books never caused riots or fights at the prison. Instead, Tafolla said, the books he read in EJP classes and on his own time led to greater self-awareness, and helped him reject a life of violence and crime.

He said that’s what books like these did for him; they helped Tafolla understand how he wound up in the cycle of mass incarceration. But he said he thinks there’s a reason prison staff don’t want incarcerated men reading empowering material.

Tafolla is now a case manager for the Chicago-based Precious Blood Ministry of Reconciliation. He works with at-risk young adults ages 18 to 28 years old to mitigate violence and help them heal from past trauma.

The Freedom To Learn Campaign

Ginsburg, who directs EJP, said the Danville prison warden recently invited her to submit the books that were removed from the prison through another review process. She said she plans to take up the offer, but she’s skeptical that prison officials in Danville will provide a fair review of the books.

“The appeals process can’t consist of us submitting the books, again, to the person who approved their removal in the first place,” she said. “That’s not a principled review process.”

Meanwhile, Ginsburg and other advocates for expanded access to education inside Illinois prisons plan to launch an advocacy effort dubbed “The Freedom To Learn Campaign.”

Among other things, the group is asking state lawmakers for increased transparency and fairness for book approval policies in state prisons. They want procedures and criteria that protect against arbitrary and capricious acts of censorship, in addition to an appeals process.

State Rep. Carol Ammons, an Urbana Democrat, said she was disconcerted when Ginsburg showed her the list of removed books.

“I said, ‘Are they removing all black books?’ I was totally taken aback by the list of books, and what their objection is to the books,” Ammons said. Reading about the history of slavery, post-emancipation and the black experience in the United States “is an important part of developing an African-American person that is whole in society. So, if you take that away from them, you have, in essence, denied their very nature, their humanity… you can’t tell them that they don’t deserve to know what happened to them,” she added.

This summer, Ammons said, she plans to make other state lawmakers aware of what’s happened to the program at the Danville prison. She said she’s committed to making sure something like this doesn’t happen again — and also finding out why it occurred in the first place.

“We’ve not learned, obviously, in any real concrete way, why this has happened,” Ammons said. “And until we get to the root cause, I can’t propose the actual solution.”

Ginsburg said she worries that if the prison system can do this to EJP — a decade-old college in prison program hosted by the largest public university in Illinois — it could happen to other groups offering higher education coursework to incarcerated men and women.

“And in speaking to my other colleagues across the country about this situation, I have not yet come across a single example where anything like this has happened in a prison in the United States in the past decade,” Ginsburg said. “This is extraordinary. And it wasn’t an accident. And I think we need an explanation for what happened.”

Lee Gaines covers Education for the Illinois Newsroom. She started at Illinois Public Media in 2017 and her stories have been featured nationally on NPR. Prior to her work at IPM, Lee wrote for newspapers and magazines in Chicago and nationally. Her work has appeared in the Chicago Tribune, Chicago Reader, Chicago Magazine, and the Marshall Project. She also recently completed a fellowship with the Education Writers Association. ➤ lvgaines@illinois.edu ➤ @LeeVGaines
PrevPreviousIllinois’ Budget Is Last Chance To Fund 2020 Census
NextHow One Hospital Drastically Cut Opioid PrescriptionsNext 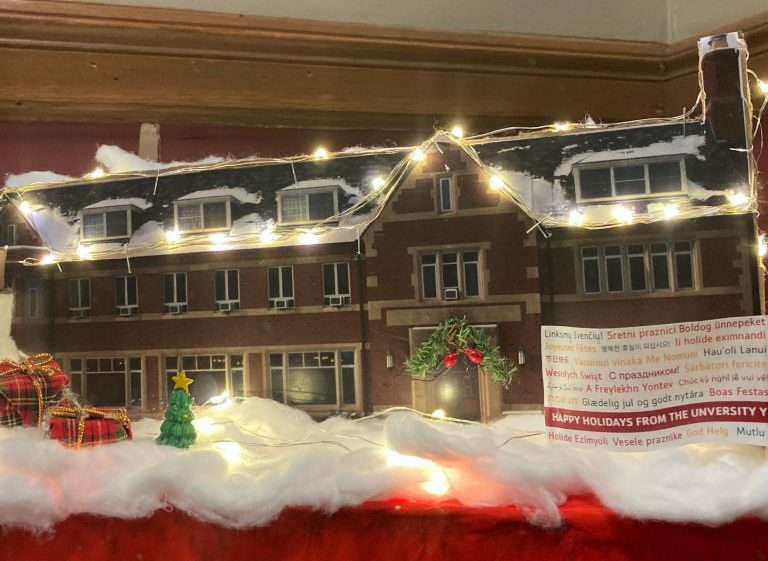 Champaign’s 20th annual Parade of Lights went before the public for the first time, Saturday evening. But instead of a procession on downtown streets, the

CHAMPAIGN – The Illini men’s basketball team did not get a third straight blowout in the final game of their multi-team event in Champaign. Illinois beat