Both were arraigned on those charges during a teleconference hearing before U.S. District Judge Jeffrey Cole, a hearing that was prolonged several minutes because McClain had difficulty dialing into the teleconference.

The two men were charged March 2 in a 22-count indictment that grew out of a sprawling federal investigation into public corruption that focused largely on Chicago-area Democratic officials.

Madigan, 79, served for half a century in the Illinois House, from 1971 until February 2021 when he resigned his seat after failing to secure his 19th term as speaker. He was first elected speaker in 1983 and held that post for all but two years until January 2021, making him the longest serving leader of any legislative chamber in U.S. history.

Known to many in the Statehouse as the “Velvet Hammer” for his tight control of the House, Madigan’s grip on power eroded quickly after he was named as “Public Official A” in a deferred prosecution agreement with utility giant Commonwealth Edison in July 2020.

In that agreement, ComEd admitted to a yearslong practice of awarding jobs and contracts to Madigan’s close associates in exchange for his support for bills that benefitted the company financially.

McClain, 74, is a former lawmaker who served in the House with Madigan for 10 years beginning in 1972 until he began work as a lobbyist for ComEd.

The indictment alleges that for a period of nearly 10 years, Madigan used his positions in the House and within the Democratic Party of Illinois to operate what prosecutors called “the Madigan Enterprise” – a network of operations that used patronage politics and other illegal activities that were set up to preserve his political power and his financial well-being.

Many of the charges are related to the ComEd bribery scheme. In addition, though, Madigan is accused of using his positions illegally to steer work to his property tax law firm, Madigan & Getzendanner, from entities that did business with the state and the city of Chicago.

Specifically, Madigan is charged with one count of conspiracy to engage in racketeering, a charge that carries a maximum penalty of 20 years in prison and a fine of $250,000, or twice the amount of gain for the activity, whichever is greater.

He is also charged with conspiracy to violate several federal statutes, five counts of federal program bribery, nine counts of using interstate facilities to aid in bribery and extortion, five counts of engaging in schemes to commit fraud and one count of attempted extortion.

Those charges carry maximum penalties ranging from five years to 20 years each, as well as $250,000 fines.

McClain is charged with conspiracy to engage in racketeering, one count of federal program bribery, one count of using interstate facilities to aid in bribery and extortion, and two counts of engaging in schemes to commit fraud.

In response to the indictment, Madigan issued a statement denying any criminal activity.

“The government is trying to criminalize a routine constituent service: job recommendations,” he said. “That is not illegal and these other charges are equally unfounded.”

McClain also issued a statement through his attorney saying the charges against him were based on the same acts that were included in an earlier indictment filed in November 2020.

McClain will “never testify falsely about himself or anyone,” regardless of the charges, according to the statement.

“Mike McClain was innocent of the charges when they were first filed in November of 2020. He remains innocent of the recycled and new charges in this latest Indictment,” the statement read. 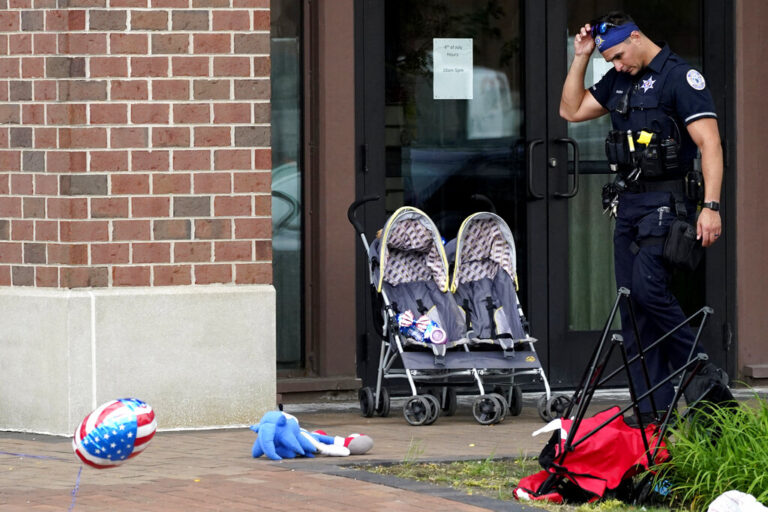