SPRINGFIELD – Each year, 75 Illinois women die while pregnant or within 12 months of pregnancy, according to a report released Thursday by the Illinois Department of Public Health (IDPH).

The report is based on data from maternal deaths that occurred in 2016 and 2017, and were reviewed by the state’s Maternal Mortality Review Committee. 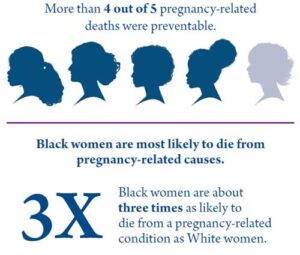 The data show that racial disparities continue to persist in maternal health. Overall, Black women are three times more likely to die from pregnancy-related causes than white women. This represents a narrowing racial disparity compared to the agency’s 2018 report, which found the risk to Black mothers was six times greater.

But public health director Dr. Ngozi Ezike says that while the disparity for pregnancy-related deaths between Black and white women has narrowed, “it is not due to conditions improving for Black women, but is instead due to worsening conditions for white women, especially due to mental health conditions, including substance use disorder and suicide.”

Shannon Lightner, deputy director of IDPH’s office of women’s health and family services, says providers should ensure pregnant and postpartum women with complex medical or mental health conditions are referred to the appropriate specialists, who can work together with maternal health providers to coordinate care. 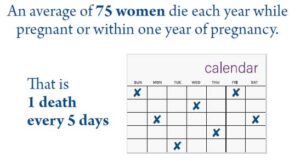 “It is especially important that providers seek consultation when prescribing changing or discontinuing antidepressants, or other psychotropic medications during pregnancy,” Lightner says, in reference to a case study outlined in the report about a white woman in her 20s with a history of mental health conditions, who died from an accidental overdose due to a combination of medications when she was a few months postpartum.

Another case study in the report presents the story of an anonymized Black woman, Gabrielle, in her 30s who had a normal pregnancy without complications. After a tubal ligation procedure to prevent future pregnancies, she complained of being unable to breathe and having a swollen abdomen but was not closely monitored. 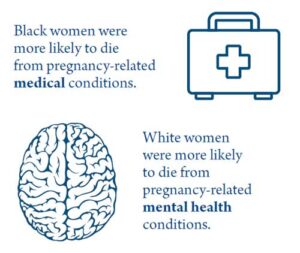 “It took several hours before providers seriously considered her complaints and began to suspect a hemorrhage,” Lightner says. Several hours later, the woman was taken to the operating room to re-open her abdomen and doctors discovered massive bleeding in her abdomen due to a cut in her fallopian tube. She died within 24 hours of delivery.

Based on this case study, and others like it, Lightner says the reviewers recommend hospitals adopt standardized hemorrhage protocols and ongoing education for all staff to quickly identify and treat the condition when it arises.

“And providers should review resources on the impact of racism, implicit bias, stigma and trauma,” Lightner says. “This is critical as Gabrielle’s complaints of pain and swelling were not listened to.”

Dr. Robin Jones, an obstetrician at Rush University in Chicago and chairperson of Illinois’ Maternal Mortality Review Committee, says it’s critically important to emphasize that the disparities that exist for Black women are not due to a woman being Black, but instead, are caused by systemic factors.

“And one of the leading systemic factors is racism,” Jones says. “We will not have a health system that promotes health equity and delivers quality outcomes until we better understand the role that racism plays in maternal mortality and until we develop recommendations to address it.”

Ezike says she’s hopeful Illinois’ recent Medicaid policy change will help save lives. This month, Illinois became the first state to receive federal approval to extend Medicaid coverage for a full year after pregnancy for women up to about double the federal poverty level.

Asked by reporters about how the pandemic has affected maternal mortality rates over the past year, Ezike said those cases are still being reviewed. 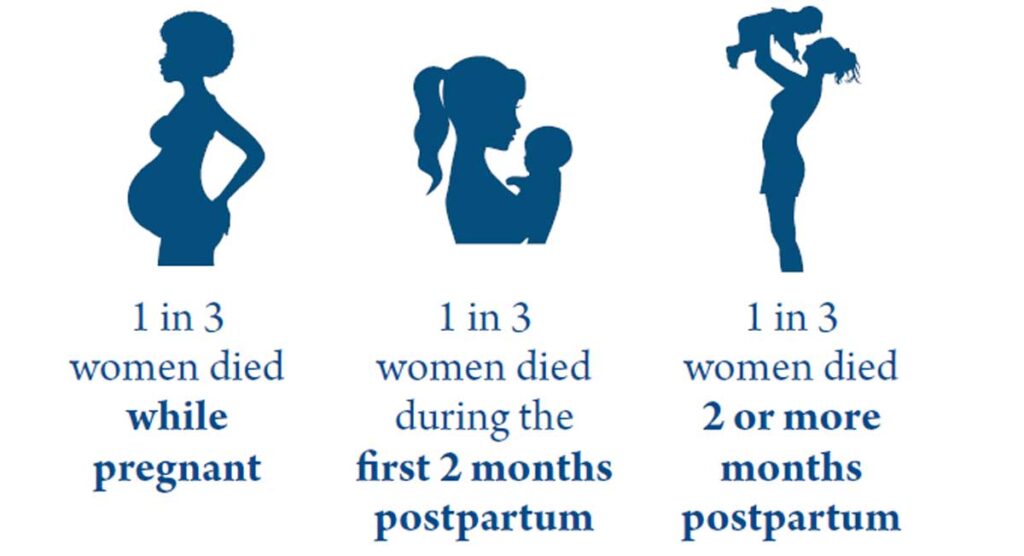 Christine Herman is a Ph.D. chemist turned audio journalist who covers health for the Illinois Newsroom. Her reporting for Illinois Public Media/WILL has received awards from the Illinois Associated Press Broadcasters Association, the Public Media Journalists Association and has reached both regional and national audiences through WILL's health reporting partnership with Side Effects Public Media, NPR and Kaiser Health News. Christine started at WILL in 2015.
PrevPreviousSouthern Illinois Could Be Target For Congressional District Loss
NextJudge Finds Firearm Ownership Card Law Invalid – As Applied To One Illinois WomanNext

WASHINGTON — The Supreme Court is about to confront a new elections case that could dramatically alter voting in 2024 and beyond. A Republican-led challenge

Fire destroyed one home and heavily damaged a second near 2nd and Hill Streets in Champaign tonight. No word yet on if there were any