CHAMPAIGN – Health officials in Champaign County say they are ready, if any cases of the novel coronavirus outbreak that originated in Wuhan, China should turn up locally. But they say no cases have shown up so far.

As of Tuesday, five cases of the coronavirus have been reported in the United States, with one reported in Chicago. In Champaign County, officials with the University of Illinois’ McKinley Health Center say they determined that one person showing possible coronavirus symptoms did not have the illness. The vast majority of reported cases are in China, with the World Health Organization reporting more than 4,593 cases as of Tuesday morning, including more than 100 deaths.

At a news conference at the U of I, McKinley Health Center director Robert Parker says he emailed each of the 146 students who came to the Urbana campus from Wuhan, with information related to the virus. He says several wrote back to say they had not traveled to Wuhan during the university’s winter break that ended last week, which means they are not at risk of bringing the virus with them. And for those who had traveled to Wuhan, Parker said several said they had decided to “self-quarantine” themselves.

“Now, this is not a current CDC (Centers for Disease Control and Prevention) recommendation, but the students wanted to be extra careful,” said Parker. “And so a number of students were wearing masks if they went out and they were staying away from crowds, and they were just self-quarantining themselves to wait for this 14 day period.”

14 days is the maximum period that health officials believe it takes before a person with the Wuhan coronavirus develops symptoms. But Parker said it appears that the incubation period lasts ten days or less, in most cases. Given the incubation period, he said that anybody who brought the virus back from China during the U of I’s winter break would be showing symptoms soon.

Janet Jokela, an infectious disease specialist and acting regional dean for the Urbana campus of the U of I’s College of Medicine, says there’s still a lot that isn’t known about the Wuhan coronavirus, which first appeared in patients in December, and was linked to a wholesale fish and meat market in Wuhan.

“I expect over the next week to 10 days or so we’re going to learn quite a bit more in terms of its natural history, how severe it is, and on and on,” said Jokela. “I think we do know there’s a lot of people who have relatively mild infections, there are other people who have more severe infections.”

Jokela says it appears that the Wuhan coronavirus may not be as severe or closely related to two other coronaviruses: the SARS virus that was first seen in southern China in 2002-03 and the MERS virus, first seen in Saudi Arabia in 2012.

Julie Pryde, administrator of the Champaign-Urbana Public Health District, said local health officials have worked together on procedures to quickly test and evaluate possible cases of infectious diseases like the Wuhan coronavirus, while minimizing the danger of spreading contagion.

But Pryde says the immediate danger in Illinois is not the coronavirus.

“The real concern right now in the community, that is hospitalizing people, that is putting people and children in ICU, and that is killing people around the country is influenza,” said Pryde. “You know, we have a lot of flu, and we have a lot of flu every year. And that is the real concern right now and people just don’t take it seriously like they need to

Pryde says if more local residents get vaccinated for the flu, it will be easier to determine whether or not the coronavirus has appeared.

“Let’s say that we were to have something that is super-infectious,” said Pryde. “Most of these viruses do present like influenza-like illness. You do not want your hospitals and clinics to be inundated with flu, while we’re trying to deal with something else. Because it all looks alike.”

McKinley Health Center’s Tom Parker says they have shared their supply of surgical masks with residential housing units where students may wish to use them, and have ordered more to bolster their dwindling supply. Meanwhile, he says many students who come from Wuhan or from China have come to McKinley to be examined, although none of them have shown any symptoms that might be due to the coronavirus.

“I think that we’re seeing from the student body, sort of a hyper vigilant state, to what is going on globally,” said Parker. “And I see that as a great thing from a public health perspective.

Jim Meadows has been covering local news for WILL Radio since 2000, with occasional periods as local host for Morning Edition and All Things Considered and a stint hosting WILL's old Focus talk show. He was previously a reporter at public radio station WCBU in Peoria.
PrevPreviousInskeep’s ‘Imperfect Union’ Examines Frémonts, Westward Expansion
NextNews Around Illinois – January 29, 2020Next 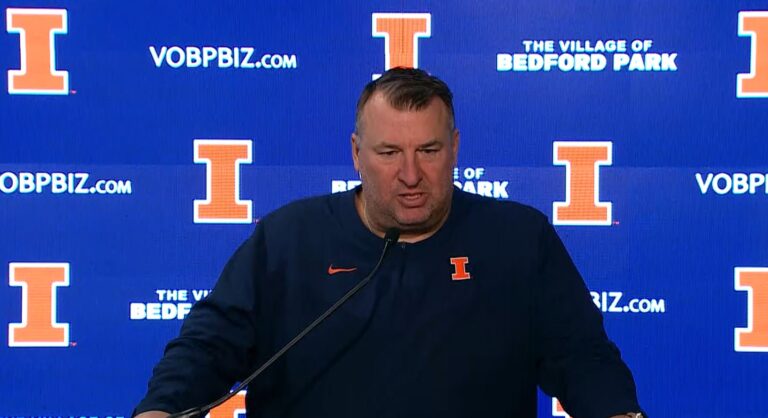