SPRINGFIELD — Illinois has given more than two million COVID-19 vaccinations. But Black residents are less likely to get the shots than their white peers, according to Illinois Department of Public Health data. As of Feb. 22, 4% of Sangamon County’s vaccine doses have gone to Black residents, who make up 13% of the county’s population, according to census numbers.

State and county health officials point to hesitancy – a distrust of the medical establishment about getting the vaccine – as a reason for the gap. Nationwide surveys show there is more hesitancy among Black and Latino communities. Still, advocates for equitable distribution say ensuring access is as urgent as education.

The Sangamon County Department of Public Health has administered about a third of the more than 50,000 COVID-19 shots given in the county so far. SCDPH offers vaccinations at its clinic on South Grand Avenue, as well as a mass vaccination site on the Illinois State Fairgrounds, where it has partnered with the Illinois National Guard. Pharmacies, the two Springfield hospitals and health care groups have given the rest.

SCDPH director, Gail O’Neill, said the racial makeup of the county’s population might not match those who are currently eligible to get the shots – the elderly, medical professionals and some frontline workers. O’Neill said while the racial disparity is concerning, those differences could explain some of the disparity. IDPH is also missing race data for about 5% of recipients.

The county plans to partner with Southern Illinois University School of Medicine for a community outreach effort aimed at the medically underserved. County officials are also considering how to deploy two Illinois National Guard mobile vaccination units to address some inequities in distribution.

“We’re aware of the disparities, but we didn’t focus on that,” O’Neill said. Instead, the focus was on getting the limited number of doses out to those who are eligible quickly. Pharmacies and SCDPH have relied almost entirely on online sign-up systems, which release limited batches of appointments that are generally snapped up in a matter of minutes or hours.

The current system for getting an appointment is unfair, according to equity advocates like Dr. Vineet Arora, a Chicago physician and co-founder of IMPACT – Illinois Medical Professionals Action Collaborative Team. She said the first-come, first-served online systems disadvantage those with spotty internet connection, limited computer literacy or not enough time to repeatedly refresh a website. “My concern is that everybody jumps to the hesitancy, which sort of blames the population,” Arora said of the explanation for the racial disparity. IMPACT supports pre-registration and a lottery system for appointments.

Arora points to efforts like Protect Chicago Plus as solutions. The program targets 15 communities in the city hardest hit by the pandemic, with higher numbers of COVID-19 infections and deaths, among other indicators. Acknowledging initial racial inequities in vaccinations, the Chicago Department of Public Health is setting aside thousands of doses for these communities.

Dr. Ali Khan is executive medical director of Oak Street Health, the program’s partner for the Belmont Cragin neighborhood, which is majority Latino. He said sign-up options online, by text, via a phone hotline – and in-person registration by promoters who go door-to-door – have been key. Vaccines were given at a local high school, a place familiar to residents. And the shots were available to anyone living or working in that neighborhood, regardless of whether they qualified in the current phase of the rollout.

Khan said while many may be vaccine hesitant, “there are also a lot of people whose hands are raised to receive this vaccine. But they’re not sure how to make their hand seen by anyone who can actually get them that vaccine in the first place.”

The timing of the vaccine education campaign is important, said Rikeesha Phelon, executive director of marketing, communications and engagement at SIU School of Medicine. The medical school is partnering with Sangamon County on the community outreach plan.

“We want to make sure we’re not over-promoting in a way that does damage to the credibility that public health communicators might have moving forward,” Phelon said. The fear is they convince people to get the shot, but then there are no or very few appointments available.

Dr. Wendi Wills El-Amin is a family physician and associate dean of diversity, equity and inclusion at SIU School of Medicine. During a Black Lives Matter Springfield virtual event earlier this month, Wills El-Amin talked about a patient who wanted to get the COVID-19 vaccine. She asked him why he was so eager, since he usually refused the flu shot. He said he hadn’t seen people dying from the flu, but he’s seen people die from COVID complications. “We have become proximate, meaning we have seen people die from this,” Wills El-Amin said. “This has impacted our community in a different way. And we have the ability to create a new legacy.”

This story appeared in Illinois Times.

Mary Hansen is a reporter for NPR Illinois. Contact her at mhans6@uis.edu.

SPRINGFIELD – Fitch Ratings, one of three credit rating agencies that grade Illinois bonds, has upgraded its credit outlook for the state from “negative” to 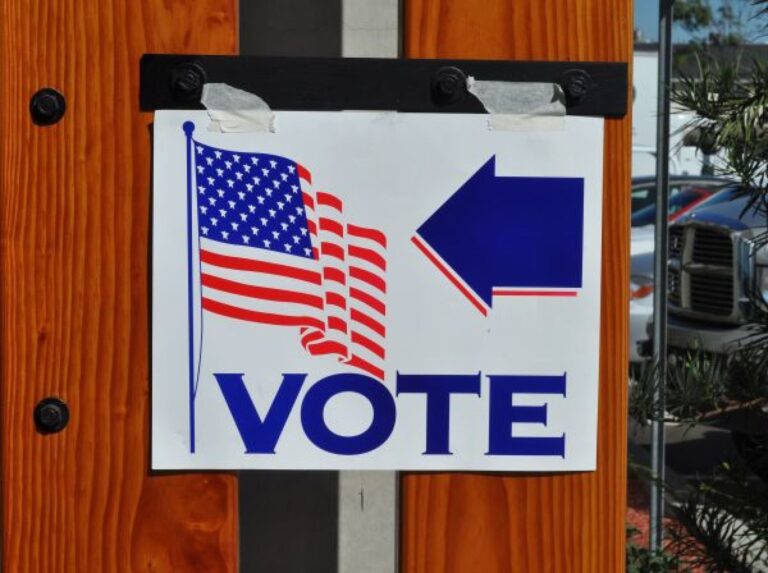 A proposal in the Illinois Senate would allow noncitizens to vote in local school board elections. But even supporters of the proposal say the legislation is not