On Aug. 3, Zach Matheny’s blood thinning medication was filled at his pharmacy, and sent out for delivery via the U.S. Postal Service. It never arrived at his home in Columbus, Ohio.

“After a week I started to get worried, so I went ahead and called the pharmacy,” Matheny says. “And after some back-and-forth, they essentially gave me the answer along the lines of, ‘Well it might be lost because of everything going on.'”

Recent delivery delays have raised concerns about the U.S. Postal Service’s handling ballots for November’s election. They’ve also created immediate worries for those who rely heavily on the service to obtain life-saving medications.

There have always been minor issues with medication delivery by mail, but that problem has been exacerbated by recent changes imposed by the Trump administration, like limits on overtime and a requirement that trucks leave on schedule, even if mail isn’t loaded yet.

“We have heard some extreme anecdotes over the last couple weeks where patients are waiting one, two, three weeks for their medications,” Antonio Ciaccia of the Ohio Pharmacists Association says, adding that he’s never heard so many complaints about delivery delays.

Matheny called the postal service, and was told they couldn’t locate his medication. He called his insurer, but they wouldn’t approve another refill because the medication is too expensive.

So Matheny has been buying a single blood thinner pill from a community pharmacy every few days, when he can afford it. He’s spent more than $400 so far.

He’s hoping that will tide him over until next month, but he’s still worried about the consequences of skipping days of his medication.

“I could die,” Matheny says. “The issue with blood clots is, if you do not catch it in time, they will move up through your body, get up to your brain and explode. … I’m really worried.”

Matheny is not alone. According to data from before the COVID-19 pandemic, collected by the Kaiser Family Foundation, Ohio residents rely on mail-order prescriptions more per capita than any other state in the country. Among those who depend on the service are the state’s most vulnerable residents: patients with chronic health issues, rural residents, veterans, and the elderly.

Since the pandemic, even more people have opted to receive their medications by mail, to avoid possible exposure in stores or to save money.

Ohio doctors say the delays are not due to manufacturing issues. Instead, they’re happening after pharmacists fill an order.

And the postal service’s recent decision to decommission some mail-sorting machines could make delays even worse, especially in populous areas like Columbus.

“There, in the Columbus area, we’re not really seeing the major delays that you’re hearing being reported across the country,” says Mark Camilli, Ohio’s representative in the National Association of Letter Carriers. “In the northern parts of Ohio, there’s been more so, but in the Columbus area itself we’re not just seeing multiple days of delays now.”

Camilli says delays of one or two days are happening, sure, but not weeks like Matheny experienced.

Even a few days’ delay, however, can harm a person’s health. And Ciaccia says many Ohioans have no choice but to get their medications through the mail.

“In general, we find that a lot of patients are pressured or forced into mail order,” Ciaccia says. “So a lot of mail order uptake can be attributed back to requirements by pharmacy benefits managers or insurers … .”

If medications arrive late, Ciaccia says, they may have been improperly stored and no longer effective. If the medications never arrive, as with Matheny, the patient either goes without or pays out of pocket.

Postmaster General Louis DeJoy told a U.S. Senate committee on Friday that his agency won’t make any more changes in service until after the election. But some lawmakers fear damage already has been done.

Side Effects is a health news service exploring the impacts of place, policy and economics on Americans' health.
PrevPreviousU Of I Officials: ‘Bump’ In COVID-19 Cases Expected As Semester Kicks Off
NextHow One School Nurse Prepares For Classes To Reopen Amid COVID CrisisNext

SPRINGFIELD – Within five miles of the scene of a 2019 workplace mass shooting that left six people dead and five law enforcement officers injured, 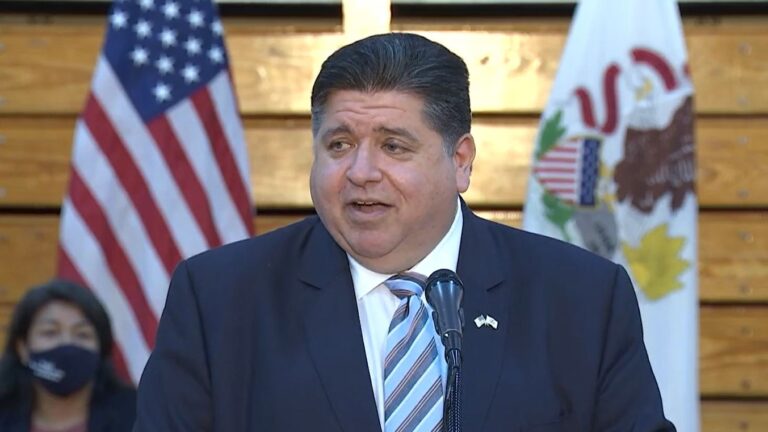 CHICAGO — Ex-Gov. Rod Blagojevich on Monday intends to file a lawsuit challenging the constitutionality of the 2009 impeachment proceedings against him and his subsequent