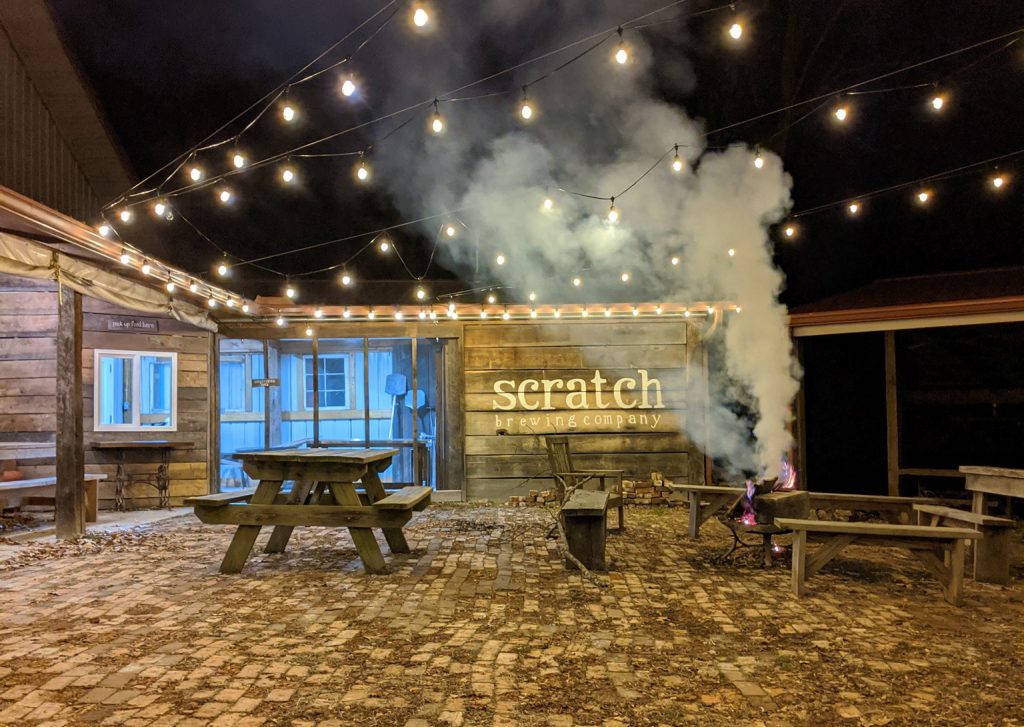 Aaron Kleidon kneels to stoke a campfire under a massive copper kettle, as hundreds of gallons of molasses-colored brew churn and bubble inside. He shakes a few handfuls of dried sweet clover into a cotton sack, which will steep in the beer and infuse it with a subtle vanilla flavor. Like all of the beers […]