Illinois Health Official Announce 19 New Coronavirus Deaths CHICAGO — Public health officials in Illinois are reporting 19 more deaths linked to COVID-19 and 672 new coronavirus cases. The Illinois Department of Public Health said Sunday that overall there have been 6,308 deaths and 132,543 cases in the state since the pandemic began. The state […]

CHICAGO — A published report says black people made up 75% of those arrested in Chicago for alleged violations of a curfew put in place following demonstrations over George Floyd’s death. The Chicago Sun-Times analyzed police data from the first five days of the curfew imposed May 30 and lifted June 7. The racial disparity […]

Illinois’ COVID-19 Hospitalizations, Infection Rates Drop CHICAGO — Gov. J.B. Pritzker says metrics used to measure the spread of the coronavirus are trending downward as Illinois prepares to further open businesses. Illinois’ rate of positive COVID-19 tests, which hit a high of 23% in April, is roughly 9%. The number of COVID-19 hospitalizations is at […]

Pritzker Issues Rules as Illinois Prepares For Reopening CHICAGO — The Illinois Department of Public Health has reported 1,713 new cases of COVID-19, including 31 additional deaths. The new numbers bring the statewide total to 112,017 cases, including 4,884 deaths, as of Monday. With much of the state on track to reopen many businesses later […]

Illinois On Track To Loosen Restrictions Later This Month CHICAGO — Gov. J.B. Pritzker says all parts of Illinois are on track to see coronavirus-related restrictions loosened and more businesses reopen before the end of the month. The Illinois Department of Health reported 2,388 new COVID-19 cases Wednesday, with the total cases surpassing 100,000 An […] 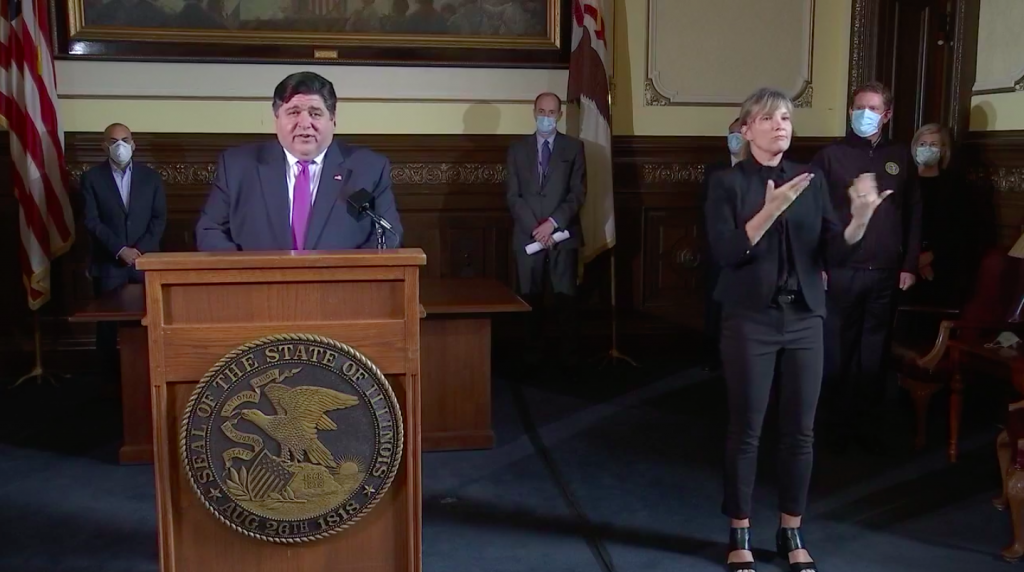