URBANA — To get into University of Illinois buildings, students and employees are supposed to show an app saying that they’ve had a recent, clean COVID-19 test.

Nearly one-third of the time, however, there’s no one at the door to check their status.

This is the finding of a group of University of Illinois student journalists who visited nine classroom buildings on two days in October and November, a limited experiment that provides a snapshot of health monitoring taking place on the university’s central campus.

Even when a health monitor was present, it was not uncommon for faculty, staff and students to be able to enter by talking their way past a building monitor or by simply ignoring the monitor’s requests to stop.

“Usually I don’t have anybody try to come in and walk past me,” said Jerell Wilson, who works at the entrance of the Armory in Champaign. However, if they do try to run past, “At that point I just get irritated, and, like, I’m not about to chase after you.

Students in an introductory journalism course taught by clinical assistant professor Chris Evans, fanned out across central campus between 2 and 3 p.m. on Oct. 20 and Nov. 10 to visit multiple classroom buildings to find out whether COVID-19 door monitors would be present.

Of the nine buildings found open for business both days, two of them—the Foreign Languages Building and David Kinley Hall, which houses the economics department—had no monitors on either day. A third building, the Education Building, had no monitor on the second day.

Monitors were found on duty and checking the Safer Illinois app, which provides evidence of a student’s COVID-19 status, in the remaining six buildings: Altgeld Hall, the Armory, Gregory Hall, Noyes Laboratory, Wohlers Hall and the Psychology Building.

No surprise to police

The findings, showing a monitor absentee rate of 22 to 33 percent, did not come as a shock to university police, who say they knew they were understaffed from the beginning.

University officials had hoped to hire up to 800 monitors—officially known as “wellness support specialists”—but wound up hiring just 250, said Jason Heimbaugh, a business continuity planner with university police and a member of the committee that prepared for students to return to campus.

After hiring employees from event planning and community members, students were the last resort, he said.

“It was evident we would not hire that many people,” Heimbaugh said. “The university was willing to spend whatever it would take to cover all of this. It was really the availability of people to hire.”

One solution, he said, was to limit the number of monitors at buildings where classes had fewer than 10 students.

“We don’t just staff the buildings all day long,” Heimbaugh said. “We do it based on when there are classes and when there are students in those classes throughout the day.

“We knew we weren’t going to catch everybody, and this isn’t the end-all solution to everything.”

Because of the shortage of monitors, the job of checking on students’ COVID-19 status would sometimes fall to instructors, including teaching assistants, who are sometimes undergraduate students themselves.

Rachel Spencer, a senior in the College of Liberal Arts who served as a teaching assistant, said Roger Adams Laboratory, where she worked, often did not have a monitor present.

So she took it upon herself to ask to see students’ test results on their Safer Illinois app, which typically shows a photo of the student or employee along with the word “granted” whenever the person has had a recent negative test: usually within the past four days.

“It’s really on me to be strict with students,” Spencer said.

However, she added: “If the building is in use, it should be the school’s responsibility.”

School officials say they recognize the challenge of peers monitoring peers, but they also see advantages in that students might naturally listen more to other students.

Natalie Meza, a junior studying social work, likewise said the peer-to-peer relationship has worked for her as a building monitor.

“When you hear from a student or someone your age, it is nicer,” Meza said while waiting at the entrance of Altgeld Hall.

Meza said that, even though she is the same age as most students trying to enter the building, she still holds them accountable for their access.

“Even in our training, they were telling us, ‘You guys are peers but also remember that if someone is not compliant, we have a set of rules we have to do,’” she said.

In a three-hour session with university police, monitors were trained to keep things as civil and calm during any interaction with people who want to enter the building, said Brian Bauer, the associate director of Illinois Fire Service Institute and the co-creator of the building monitor program.

“They are trained to not make a situation worse, allow the person to pass, and report the situation to their supervisors,” Bauer said.

These nods to the building monitors’ safety, which both students and school officials considered important, have inevitably led to the buildings being less COVID-secure than they would like.

Faculty and staff have been troublesome

Among the most troublesome visitors to buildings are faculty and staff who work there, said Jocelyn Rubi, an anthropology sophomore who works as a Noyes Laboratory building monitor.

These employees, she said, will sometimes challenge her assertion that they need to show evidence of a recent negative test.

Jacqueline Martez, a sophomore studying community health, said she’s allowed students to enter without providing proof of a recent negative test. She said that as long as students aren’t positive, they could plead their case to be let in by the monitor at the door.

“If they’re honest, then they’ll just let them in because they’re students,” Martez said.

This assessment tracks with Mariela Lozano, a junior studying journalism, who said one monitor let her by without seeing her Safer Illinois app.

“My second time going to an in-person class, my app wasn’t loading,” Lozano said.  “The person told me, ‘If you’re good, you can just go.’”

The university’s comprehensive testing program has received positive attention from national media, which reported that UIUC expected just 700 cases for the semester.

However, infection rates have been much higher, with nearly 4,000 cases reported by mid-November, according to a tally being kept by psychology professor Dan Simons. As of Nov. 12, the university’s online COVID-19 dashboard reported 4,043 positive cases since July, of which 3,956 were since Aug. 15 when students began returning to campus for the fall semester.

With the positivity rate higher than expected early on in the semester, the university issued a campus-wide lockdown, citing the actions of students who failed to follow COVID-19 health guidelines.

But then, in November, university officials reported that staff and faculty, too, were showing spikes in infection rates.

Meza, the student monitor at Altgeld Hall, said she’s not been surprised at the criticism leveled at both students and faculty for causing the spread of the virus.

“It’s so new for everyone,” she said. “I think everyone just wants someone to blame.”

The Safer Illinois app, Meza added, can be part of the solution.

“The app is a good idea,” she said, “but you need the people behind it to execute it properly.”

CU-CitizenAccess is a community online news and information project devoted to investigative and enterprise coverage of social, justice and economic issues in east central Illinois.

Powered by Illinois Public Media/WILL, Illinois Newsroom provides news about Illinois & in-depth reporting on Agriculture, Education, the Environment, Health and Politics.
PrevPreviousIllinois Hospitals Face Ethical Questions: ‘If Everybody’s At Capacity, What Do You Do Then?’
NextU Of I Officials: Urbana Students Cannot Get Tested For COVID-19 At UIC Or UISNext 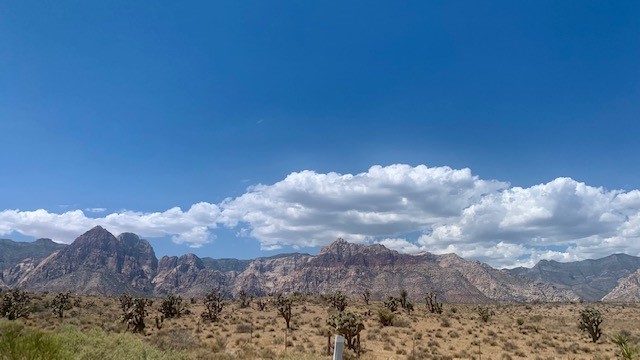 Fewer adults in US worried about climate change 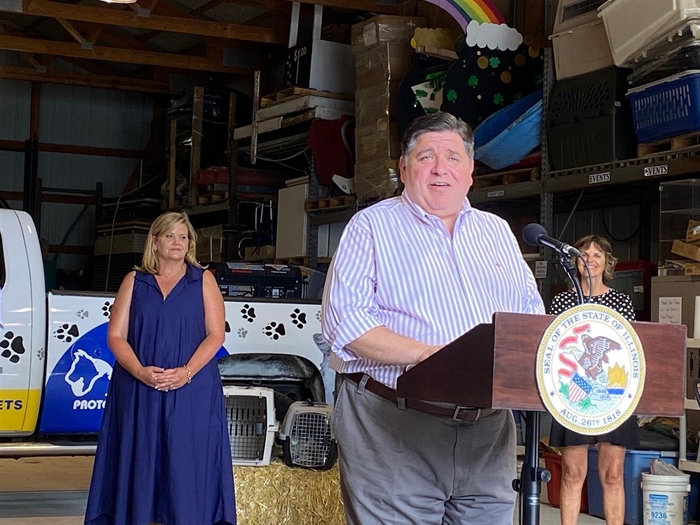 SPRINGFIELD – In a series of downstate news conferences coinciding with the Illinois State Fair, Gov. JB Pritzker this week gave an update on the

WORCESTER, Mass. — Millions of students are heading back to college for their third full academic year since the COVID pandemic hit. But as students