The White House’s coronavirus response team is scheduled to brief on Wednesday as another debate intensifies over more economic relief for the disaster.

Millions of Americans didn’t pay their rent last week, according to new statistics, and forecasts suggest those shortfalls could deepen as the economy seizes up amid drastic countermeasures aimed at slowing the spread of the virus.

Against that backdrop, President Trump and congressional Democrats are haggling over the size of the next bill designed to help Americans through the crisis while many of them cannot work.

Trump said on Tuesday that he intended to ask Congress for another $250 billion for payroll assistance. House Speaker Nancy Pelosi and Senate Minority Leader Chuck Schumer responded on Wednesday by asking for double that.

There appears to be broad agreement in Washington about the need for more support for payroll relief and, potentially, still more relief legislation down the line. Trump and congressional leaders all have said generally they either definitively want that or are open to the prospect.

Big questions now, however, are how much Washington may add to the trillions of dollars of relief it has authorized and when Americans may be able to get that cash in hand.

Trump also continues to spar with some governors over the administration’s response, despite insisting they have good relationships. Republican Gov. Chris Sununu of New Hampshire tweeted his frustration Wednesday at not receiving enough cartridges to fully use their new rapid-testing devices.

With over 400,000 confirmed cases of the novel coronavirus in the United States and over 13,000 deaths, President Trump also threatened Tuesday to withhold U.S. funding to the World Health Organization.

The White House scheduled a briefing to provide an update on its response to the health crisis at 5:30 p.m. ET. Ahead of the briefing, the president participated in phone calls with state, local and faith leaders. Watch the briefing live.

Trump criticized the WHO for having a “China-centric” bias and was seemingly frustrated by the organization’s lack of support for his decision at the end of January to limit some travel from China.

“They really — they missed the call. They could have called it months earlier. They would have known, and they should have known. And they probably did know, so we’ll be looking into that very carefully,” Trump said.

The U.S. provides the largest single source of money for the health organization.

Trump walked his comments back later on in the briefing, denying he ever said he would end funding.

“I’m not saying that I’m going to do it. But we’re going to look at it,” Trump said.

Tedros Adhanom Ghebreyesus, Director-General of the WHO, urged political leaders on Wednesday to stop politicizing the pandemic.

Trump also repeated his desire to reopen the economy sooner rather than later.

“We want to open up, and we want to get it open soon,” Trump said.

Vice President Pence told reporters during Tuesday’s briefing that the primary mission of the administration is to slow the spread of the virus with mitigation measures like social distancing. He also said that any decision to reopen the economy will be data-driven.

“The one thing I can assure you is that the president’s decision in that regard is going to be informed by what the data shows and about decisions about when we can responsibly reopen America and put America back to work,” Pence said.

CHAMPAIGN – Artists from the Champaign-Urbana area will once again be showcased at the 19th annual Boneyard Arts Festival, June 18-20, named for the creek 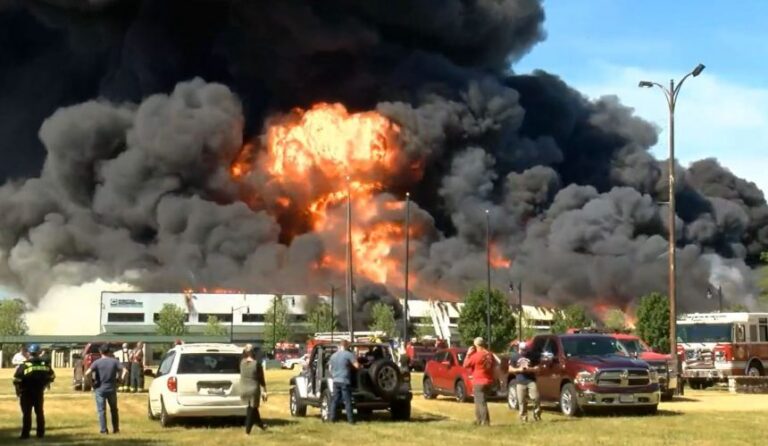