What Will It Take To Fix Illinois’s Teacher Shortage?

Chuck Bleyer is worried the southern Illinois school district he heads won’t be able to fill an open teacher position by the time classes start this fall.

Like many states across the country, Illinois is facing a teacher shortage. There were more than 2,000 teaching, administrative, support staff and other positions across the state that went unfilled during the 2016-17 school year, according to a report from the Illinois State Board of Education.

The shortage has hit larger urban districts, like Chicago, and smaller rural ones especially hard. The ISBE report cites a roughly seven percent decrease in the number of teachers in Illinois classrooms between the peak in 2008 and 2017. In a survey conducted last year by the Illinois Association of Regional Superintendents of Schools, nearly 80 percent of district superintendents who responded reported some degree of problem with teacher shortages. Additionally, 65 percent reported receiving fewer applicants than compared to five years earlier.

Bleyer, the superintendent in Pope County, said the effects of the shortage directly affect the classroom. With fewer candidates applying for jobs, he said schools in the district end up hiring less qualified teachers.

“The (teacher) we are going to lose, we would have never hired,” he said. “That’s how bad the pool is right now.”

Stacie Tefft said she’s witnessed the effects of the shortage on her school district. Tefft is a history teacher at Murphysboro High School, another community in southern Illinois. Budget cuts led to attrition, she said, meaning many teacher jobs have gone unfilled over the years. 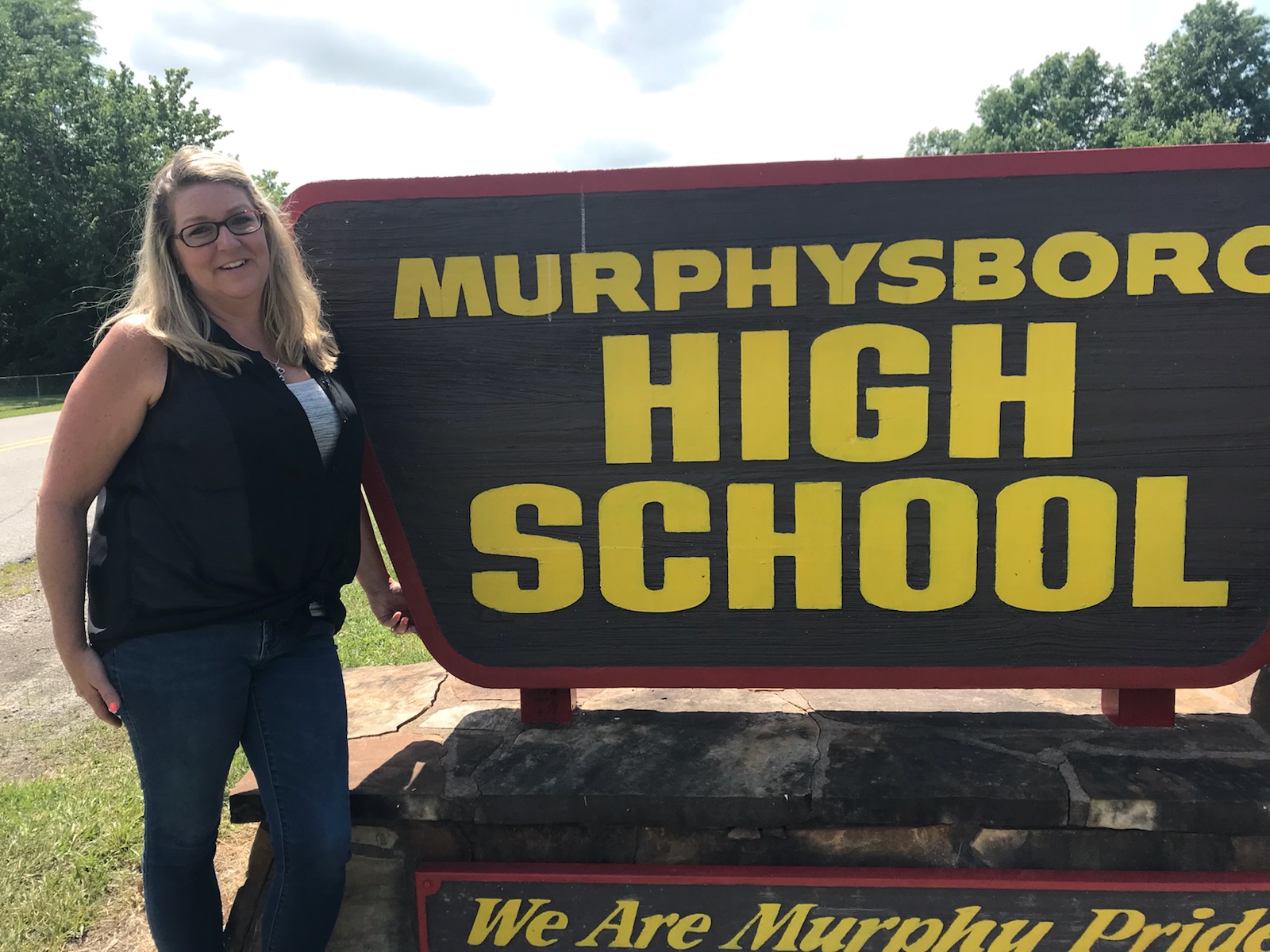 “So our classes have grown tremendously. I started out with 15 to 20 students in my classes, and I’m pushing 30 in every one of my classes now. We have a lot fewer resources,” Tefft said.

She said the district has created several new positions this year, but they’re struggling to attract applicants.

“That’s scary because this is our next generation, this is the future of the state, the country,” she said.

In an effort to address the shortage in Illinois, state lawmakers have passed numerous measures to address the problem. These include bills that make it easier to work as a substitute teacher and to switch teaching specialties. Lawmakers want more reciprocity for teachers licensed outside of Illinois, to allow retired teachers to work short-term and a mandated $40,000 minimum wage for Illinois teachers by 2022.

Bleyer in southern Illinois, however, doesn’t believe these measures will make a significant dent in the shortage.

Chris Roegge said the legislative fixes are a good solution for the short-term, but they don’t address long-term needs. Roegge serves as the director of the University of Illinois’s Council on Teacher Education, and he’s seen a decline in the number of students enrolling in teacher preparation programs. A report from the non-profit Learning Policy Institute cites a 35 percent decrease nation-wide in teacher education enrollments between 2009 and 2014. Roegge attributes that in part to the narrative around the field.

“There’s been this swirl of negative press going back for more than five years around teaching, the conditions of teaching, the status of the job, the difficulty of the job – all of these things,” he said. “I think we’re starting to reap what’s been sown by that.”

Roegge points to the report from the Learning Policy Institute that identifies what attracts people to the field and what improves retention once they’re there. He said the four key ingredients are: compensation, preparation, induction and mentoring, and teaching conditions.

In many cases, improving these four areas requires more resources – whether that’s more money for teacher salaries and classroom materials or grants and scholarships for college students interested in the field.

The measures that have passed both chambers in the state’s General Assembly to specifically address the teacher shortage have revolved largely around decreasing bureaucratic hurdles instead of sending more money to local districts.

Republican State Representative Tom Bennett co-sponsored a package of teacher shortage legislation that passed the House and Senate this spring. He acknowledges it won’t solve the problem, but says it will help. He’s also hopeful the state’s new evidence-based funding formula will continue to send more state aid to the neediest districts.

“This is a step in the right direction. There’s a lot more to do,” he said.

Bennett said he believes teacher compensation should be increased, but that’s a choice he thinks should be left to local districts. That decision is complicated by the fact many districts are struggling to pay for curriculum, supplies and to maintain their infrastructure.

For example, Tefft, the teacher in Murphysboro, said she’s had to create her own history curriculum because of budgetary constraints.

She said it’s a challenge to make people outside the field understand exactly what teachers do.

“It’s hard to get that understanding of I work until 11 o’clock at night on lesson plans and grading papers. I know a lot of people do that in their careers, but they get paid to. And it’s not so much about money as feeling valued and respected,” she said.

In previous decades, teachers would trade higher salaries in other fields for a well-respected job with relatively low pay and good benefits, Roegge said.

The pay is still relatively low, but the demands of the job have increased “and the reputation of teaching has declined,” he said. “It’s not held in as high status as it once was.”

School administrators feel it, too, Bleyer said. Educators, generally, have to do more with less, he said.

“We’re blamed for everything that’s wrong and we’re never given any credit for anything that’s right,” Bleyer said. “That’s a negative for the field. It’s hard to get people to go into the field when you’re never really respected by the country itself.”

At present, the Illinois State Board of Education is well into a year of study on the state’s teacher shortage issue, according to agency spokesperson Jackie Matthews. ISBE plans to publish a report that includes its findings and recommendations about how the state can reverse the shortage in September, she said.

Tefft said educators understand the need to address the shortage. What’s frustrating, she said, is getting other people to share their sense of urgency.

Logistics center will help abortion seekers get to Illinois

With abortion access increasingly restricted across much of the South and Midwest, two Illinois clinics near St. Louis on Friday announced a new logistics center

Friday, Jan. 21, 2022 Today’s headlines: Some Illinois sheriffs are struggling as the state’s Department of Corrections continues its pause on inmate intakes from county

You asked: What are monoclonal antibodies, and how are they used to treat COVID-19?