What The University Of Illinois Learned From Reopening Amid The Pandemic

URBANA – When University of Illinois at Urbana-Champaign officials decided to reopen in the midst of the COVID-19 pandemic, they launched an ambitious plan to keep the virus at bay. The approach included mandatory twice-a-week testing, using a saliva-based test developed by its own researchers.

The campus’ own modelers predicted early on that, with the testing program and other restrictions in place, there would be no more than 500 cases by Thanksgiving break, when classes shift to entirely virtual and most students leave campus.

But the true number of coronavirus cases at the University of Illinois turned out to be much higher: more than 3,800 among all students and employees. Campus officials say at least 3,091 cases have occurred among the estimated 35,000 to 38,000 students living on or near campus, roughly 8% of the student body.

Now, those higher-than-expected case numbers are leading the university to change its approach to combating the virus. Those helping develop campus reopening plans — like university epidemiologist Rebecca Smith — are looking more closely at ways to modify student behavior.

Smith says the campus’ initial approach — while informed by research that shows frequent mass testing is a critical component to safely reopening college campuses — relied too heavily on technology. It did not take into consideration certain aspects of human behavior that could thwart reopening plans.

“The biggest lesson is that technology cannot save us from a pandemic,” she says.

The majority of students, faculty and staff did “an amazing job” at adhering to campus requirements, Smith says. But a minority of students and employees made decisions that suggest they don’t believe the virus is a risk to them and are not concerned about protecting the broader community.

The models the campus relied on assumed that people would not defy public health orders and do things like host or attend parties while knowingly infected with the virus.

“There was just the assumption that telling somebody that they were infected meant that they were to isolate,” Smith says. “We didn’t think that people would choose to ignore isolation orders.”

Modelers also did not expect that students would ignore contact tracers’ calls and voicemails. And they assumed the contact tracing process — carried out by the local health department — would occur more quickly than it did.

With the nature of this virus, even a small number of people flouting the rules can cause major outbreaks — and that’s what played out at the University of Illinois.

The campus saw a spike in coronavirus cases early on in the semester, prompting campus officials to add new restrictions and warn of the potential for shutting the campus back down.

The effort to clamp down on spread worked, Smith says, and new daily cases even dipped into the single digits for a time.

But as the virus’ prevalence in the community ticked up, even small gatherings — like football watch parties, Halloween get-togethers of 10 people or less — led to spread. Smith says students also traveled off campus more frequently than they expected, likely bringing the virus back with them.

“Both the campus and the state are suffering from the fact that borders don’t mean anything to a virus,” she says. “So right now, what we’re seeing on campus a lot is just the statewide spread of the virus coming onto our campus.”

While there was a lot of concern early on that bringing students back would spread the virus into the community, Smith says testing and contact tracing data show “no indication that that happened.”

There are also no signs of virus spread linked to in-person classroom settings. Rather, “clusters among students tend to be either their social networks or their residences. And those two overlap, so it’s hard to tease them apart,” Smith says.

Smith also notes that the purpose of modeling was never to make a firm prediction on how many cases would occur by the end of the semester. Rather, epidemiological modeling helps researchers compare different scenarios — and make decisions about what efforts are likely to lead to the best outcomes.

She adds, “People took that number [of 500 cases] and said: ‘This is what’s going to happen.’ Modelers will never say that. So, yes, the prediction was not correct compared to the reality, but I would not have expected it to be because there was so much we didn’t know at that time.”

Most other campuses that reopened only tested people with symptoms of known exposure, Smith says.

But the University of Illinois attempted what’s known as a “whole population surveillance program,… [which] is understood by infectious disease epidemiologists as the best way to find and control a disease that spreads through asymptomatic infection,” Smith says.

This is particularly important on college campuses, since college-age students who contract the virus are most likely to show few or no symptoms.

“So we know that with the majority of our cases, if we had only tested [people with symptoms], we would not have found them,” she says.

Pryde notes that Champaign County, which includes the university, has completed more than 1 million tests — about 12% of all testing done in the entire state of Illinois.

“Rapid, frequent testing is crucial,” Pryde says. “And [the University of Illinois] figured out a way to do that. That, coupled with the mitigation efforts, are really a model for the country.”

Despite these efforts, more people contracted the virus than university officials had hoped.

So going forward, Smith says the university is taking a new approach.“Hard scientists,” like herself, who have been mostly focused on the technological aspects of reopening, are now working closely with University of Illinois social scientists and communications experts to develop a strategy that better accounts for human behavior.

Countries that have done well at controlling the spread of the virus have a culture with a less individualistic mindset and more emphasis on care of the entire community, Smith says.

“This is something that everybody at all levels of pandemic control knows: In order to control the pandemic, we have to care for other people and we have to make those choices,” Smith says.

The big question is: How do you shift the culture of a college campus?

The University of Illinois is now conducting surveys and focus groups with students to learn what strategies may be more successful at motivating them to make choices that protect the health of the entire community. Smith says these efforts are ongoing.

“Before we can actually change people’s minds and attitudes about how to keep everybody safe, we have to understand why they’re making the choices that they are,” she says.

These strategies will be important both for the success of the spring semester and down the road — when students will be asked to be immunized once a vaccine becomes available.

Meanwhile, campus officials want students who are staying in the Champaign-Urbana area between now and January to be tested at a campus testing site every other day — especially if they travel away from the area and return.

The biggest change for the spring semester involves starting a week later than usual — on Jan. 25 — and having students return a week before classes start to quarantine until they receive two negative coronavirus test results.

Smith expects another bump in COVID-19 cases in January, as students return to campus during a time when there’s likely to be even more widespread community transmission.

But she’s hopeful the immediate test-and-quarantine approach, along with strategies developed in tandem with campus social scientists, will help control the spread of the virus.

Christine Herman is a Ph.D. chemist turned audio journalist who covers health for the Illinois Newsroom. Her reporting for Illinois Public Media/WILL has received awards from the Illinois Associated Press Broadcasters Association, the Public Media Journalists Association and has reached both regional and national audiences through WILL's health reporting partnership with Side Effects Public Media, NPR and Kaiser Health News. Christine started at WILL in 2015.
PrevPreviousU.S. Dept. Of Education Opens Investigation Into Alleged Anti-Semitism At U Of I
NextPritzker’s Daily COVID-19 Briefing Full Transcript And Audio — Nov. 20, 2020Next

Timothy D. Gover, the longtime mayor of the eastern Illinois town of Mattoon, has died. A statement issued by the city says Gover died Thursday 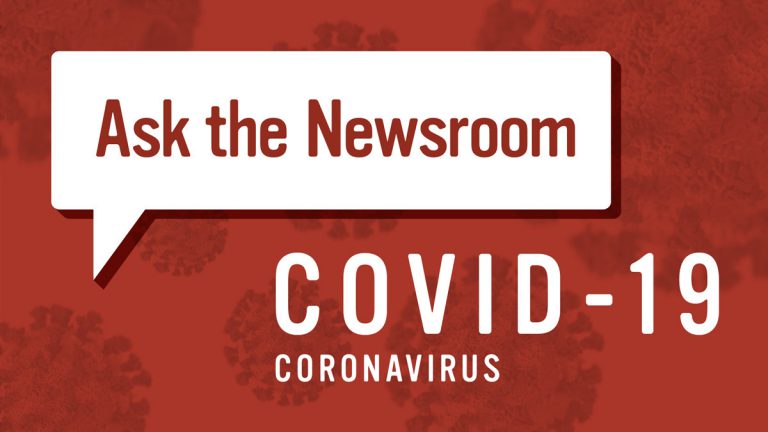 The Illinois Newsroom team is answering questions from listeners about the pandemic. Have a question you want answered? Ask here. In today’s edition of “Ask